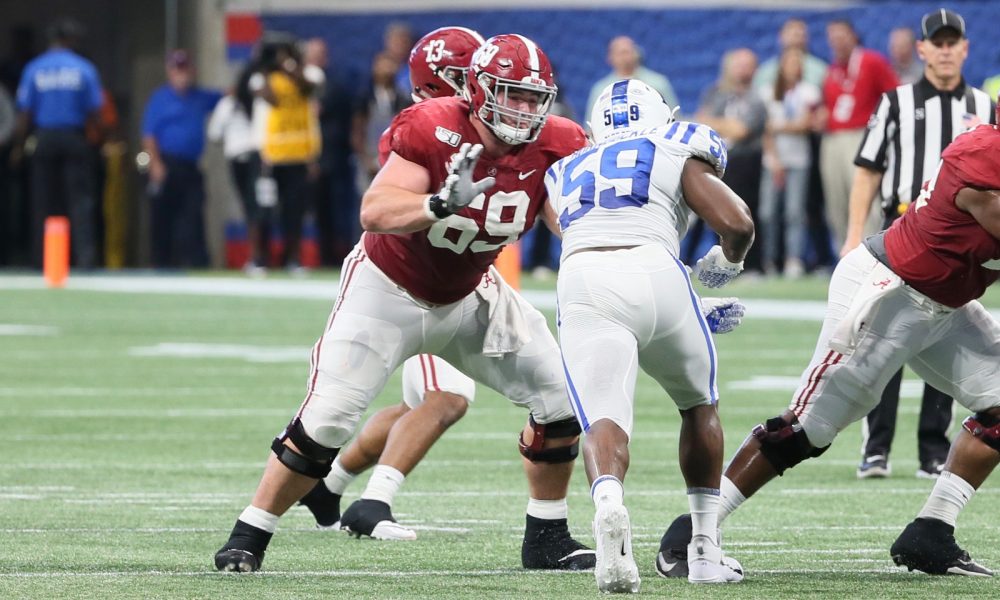 He could become the second player for the University of Alabama to win the coveted honor for academics, community service and on-field performance.

On Friday, Landon Dickerson was nominated for the William V. Campbell Trophy.

Since 1990, the National Football Foundation presents the the award to the candidate that has at least a 3.2 grade point average (4.0 scale), outstanding football ability as a first team player, and strong leadership and citizenship in the community.

The candidate also must be a senior or graduate student in its final year of eligibility.

Dickerson transferred to Alabama from Florida State in the summer of 2019.

He started all 13 games — four at right guard, nine at center — and graded out at nearly 88 percent on assignments for two different positions. The 6-foot-6, 325-pounder earned second-team All-SEC honors, while allowing just one sack and four quarterback pressures.

Whether he ends up at center or right guard this fall, Dickerson is on an offensive unit that looks to win the Joe Moore Award.

Barrett Jones, who played at Alabama from 2008-12, was the first Crimson Tide student-athlete to win the Campbell Trophy in 2012.

Not only was he a three-time BCS National Champion (2009, 2011-12), but he also started at three positions — right guard, left tackle and center — on the offensive line.

Fans are looking forward to seeing a strong year from Dickerson.