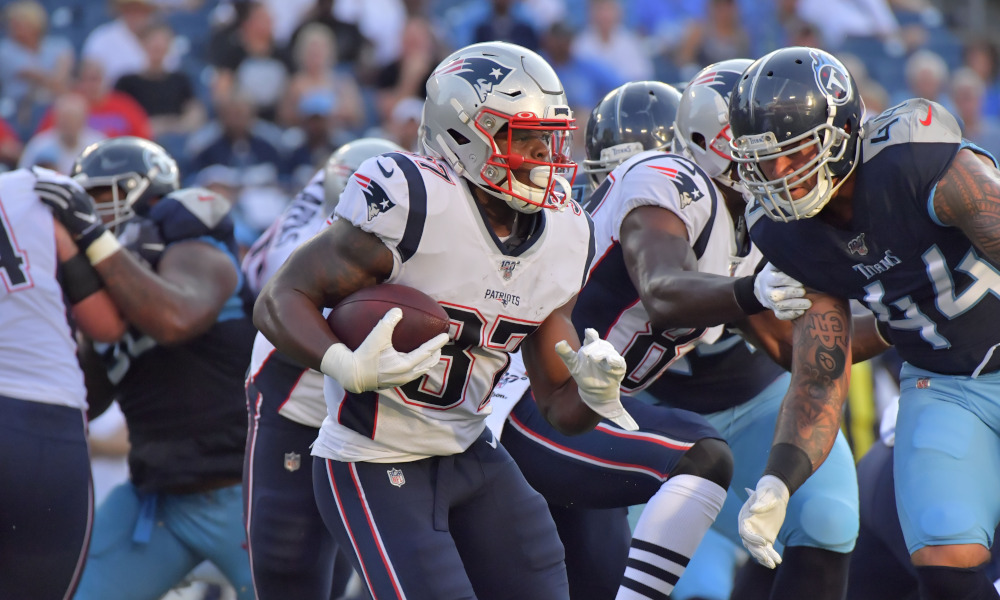 The New England Patriots have six running backs on its roster, but its third-round draft pick in 2019 is beginning to rise at training camp.

Damien Harris, a native of Richmond, Ky., was selected No. 87 overall after a stellar career at the University of Alabama from 2015 to 2018.

He arrived as a five-star and proved to be one of the best rushers in school history.

Harris is eighth all-time in this department, behind Trent Richardson, Mark Ingram, T.J. Yeldon, Kenneth Darby, Bobby Humphrey, Shaun Alexander and Derrick Henry (leader). After learning the offense last season, Harris is starting to stand out in camp for the Patriots.

According to Jeff Howe, who covers the team for The Athletic, he reports on Harris being a complete back.

Damien Harris continues to stand out, and it’s not just as a runner. He did a nice job picking up a block today and looks comfortable in his route tree. He’s been the best back in camp.

This is huge for him, because it sets the stage for New England to possibly part ways with at least one (if not more) of its running backs. Players such as James White, Sony Michel, Rex Burkhead and Lamar Miller all do a little of the same things.

Of this entire group, Harris has more power between the tackles and potentially better pass-blocking skills.

He was one of the biggest ambassadors of Crimson Tide football, so it’s good to see him grow in the NFL.