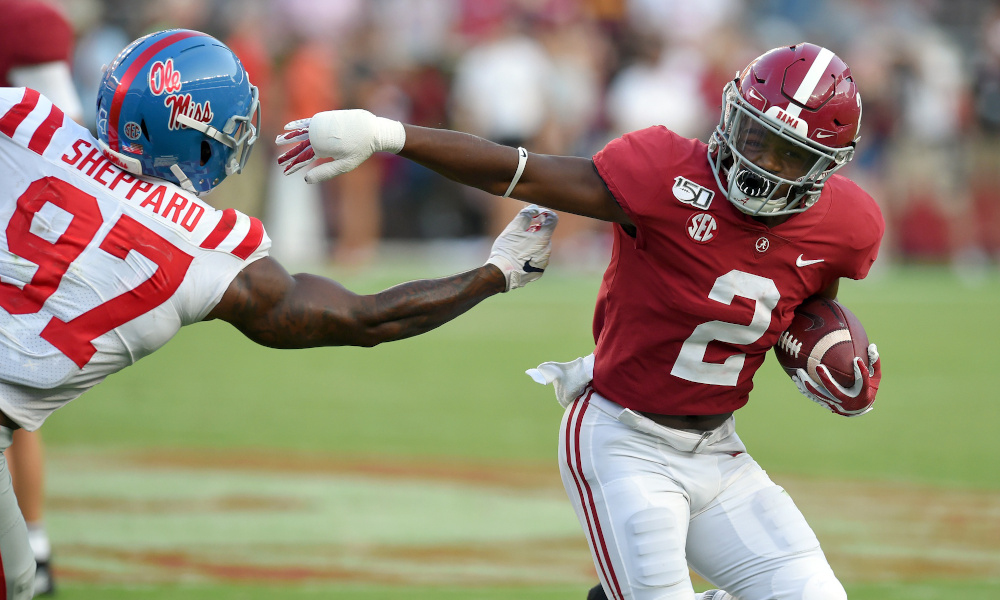 It is not like trying to find the Holy Grail or playing a game of “Where’s Waldo,” but Alabama fans have its own mystery that it wants to have solved.

Even with the excitement of the coaching staff, new strength staff and players on the football team, supporters of the Crimson Tide still feel like something is missing. Each positional group has players that fans know and recognize; however, there is one unit that people are not seeing as complete. Last season, Alabama had a bunch of running backs that handled responsibilities.

Despite the departure of Jerome Ford (now at Cincinnati) and Trey Sanders being hurt in 2019, the Tide still had three guys to record at least 30 carries. Keilan Robinson was one of those individuals, behind Brian Robinson Jr. and Najee Harris.

A native of Washington, D.C., Robinson was underrated yet explosive at St. John’s High School.