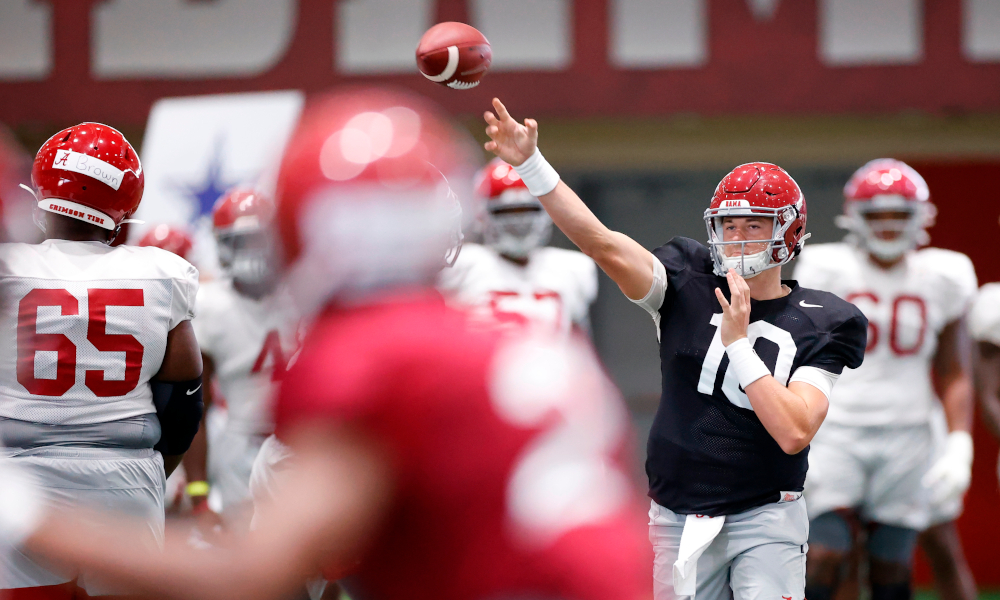 We now have a former Alabama football player in support of Mac Jones, and it is a quarterback.

Blake Sims, a native Georgian, arrived at the University of Alabama as an athlete in 2010.

RELATED: Mac Jones on his reaction to being named Alabama’s starting quarterback

He was the ultimate team player for the Crimson Tide under Nick Saban, serving at running back, wide receiver, kick returner, defensive back, scout-team quarterback and backup quarterback.

His hard work earned him the starting job at quarterback over Jacob Coker, who came over from Florida State, in 2014. Sims was doubted a lot, especially in the passing game and reading defenses, but he proved everyone wrong that year with a record-setting performance. 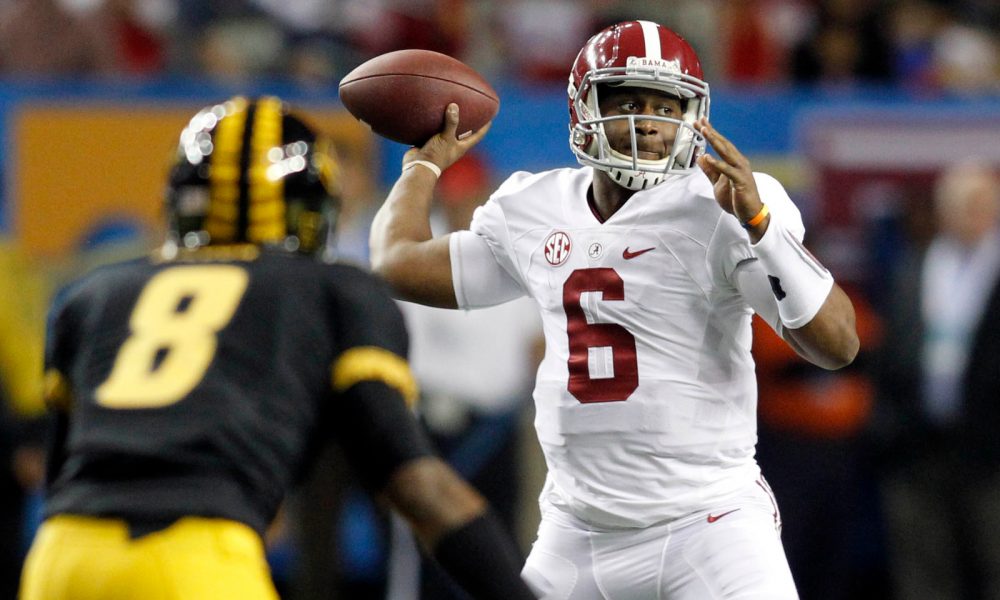 He tossed for 3,487 passing yards and was responsible for 35 touchdowns — both of which were single season marks, until Tua Tagovailoa surpassed him in 2018. Sims led Alabama to a Southeastern Conference title and its first appearance in the inaugural College Football Playoff. He had the respect of Saban, the coaching staff and his teammates, despite outside noise.

Mac Jones, like Sims, is in the same situation.

On Monday, the redshirt junior was named the starter for this season. A lot of people are happy for Jones, but there are some who had their sights on Young being the starter. In the pressures that come with playing for the Tide, the former four-star has wanted this his whole life. A native of Jacksonville, Fla., Jones has constantly been overlooked and under sold in terms of his passing abilities and capability of leading this school to a national championship.

It was in Sims’ fifth year that he proved he was truly the right man for the job and in his fourth season, Jones is ready to announce himself to the college football world.

One thing Jones has is Sims’ support.

The former Tide quarterback posted on Twitter that he is 100 percent behind Jones.

I believe in Mac jones #rolldamntide

His first challenge comes on Saturday in getting Alabama over Missouri.

﻿
Malachi Moore’s rise to become a starter was four years in the making
Keilan Robinson absent from Alabama’s depth chart is a big mystery — or is it?
To Top