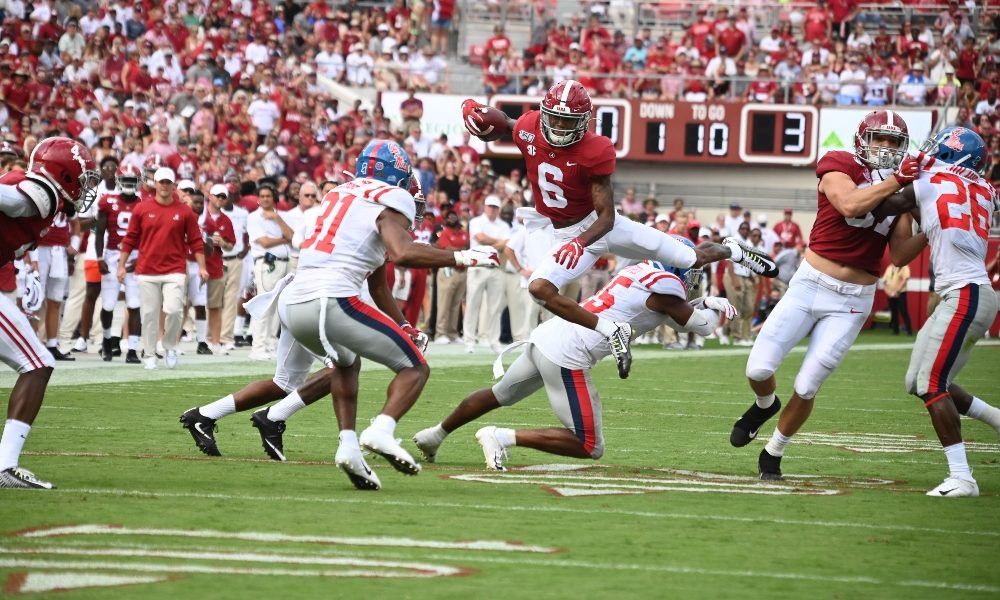 On Monday, it was announced by the Southeastern Conference that Alabama’s upcoming game against Ole Miss will begin at 5:00 p.m. CT on Oct. 10 and will be broadcast on ESPN.

It will be the 68th meeting between the universities in a series that dates all the way back to 1894. The Crimson Tide leads the all-time series 55-10-2 (55-11-2 NCAA). Alabama has also won the last four meetings with the most recent victory of 59-31 coming last season in Tuscaloosa.

The game will also mark the first time former Alabama offensive coordinator Lane Kiffin will go up against his former team as the head coach of Ole Miss.

After a number of criticisms from its fans last season, the kickoff against the Rebels gives the Crimson Tide its fifth nighttime kickoff so far in 2020.

Below are all of the kickoff times announced on Alabama’s schedule: