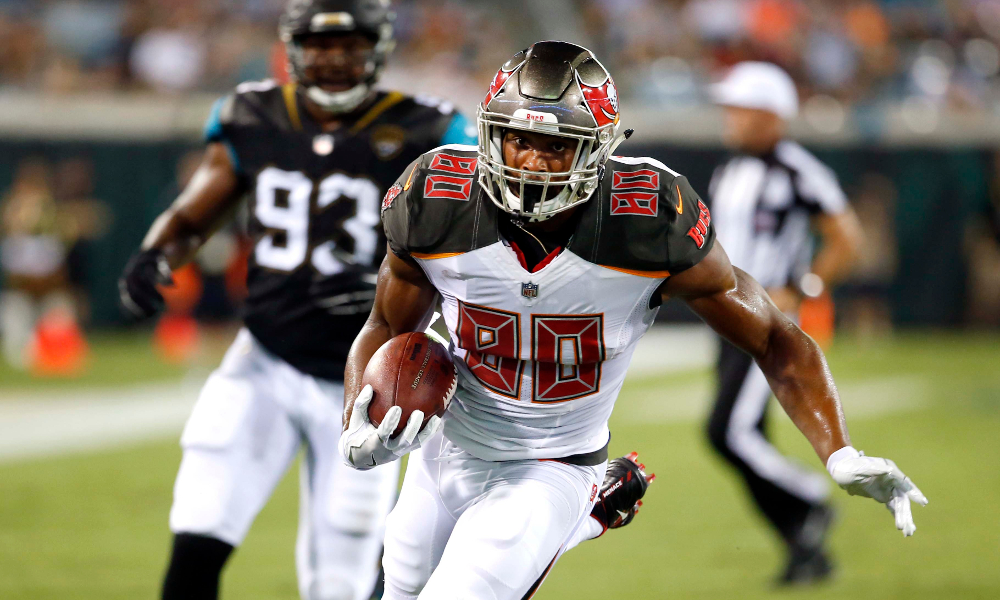 The Tampa Bay Buccaneers will be without one of its dynamic tight ends for the foreseeable future.

O.J. Howard left Sunday’s 38-31 victory against the Los Angeles Chargers early and was unable to return to the game with an Achilles injury. Unfortunately for Howard, head coach Bruce Arians announced after the game that the tight end had ruptured his Achilles and will likely miss the remainder of the season.

Bucs coach Bruce Arians just said that TE O.J. Howard has a ruptured Achilles and is likely done for the year.

The injury came in the midst of Howard’s best game of the year so far where he caught three passes for 50-yards and a touchdown.

Tampa Bay will now rely on Rob Gronkowski as its main option at the spot.