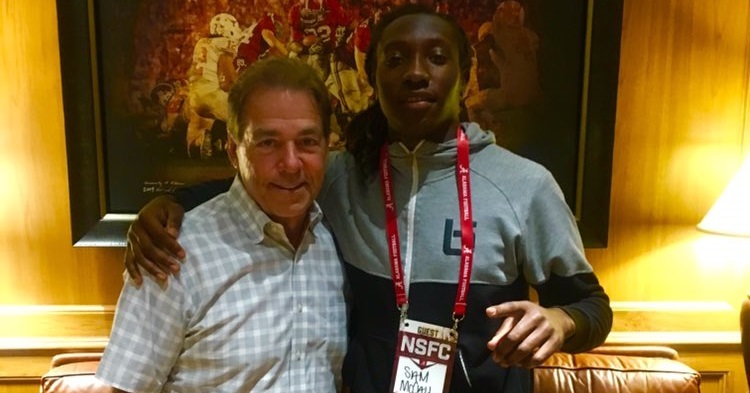 McCall currently has a top four of Alabama, Florida, Oklahoma and Florida State. He added the Seminoles and the Sooners to his top school list in July after previously having the Gators and the Crimson Tide as his top two schools. Alabama and Florida are also the schools, who have hosted McCall the most.

On Sunday, McCall expressed he will announce his commitment on Oct. 28.

The Crimson Tide have been recruiting the 4-Star recruit since offering him him in May of 2019. They have hosted him several times since then with McCall’s most recent visit happening in February during Alabama’s first Junior Day event, which was before the current recruiting dead period was put in place. Florida was also able to host him before visits were stopped by the NCAA due to concerns over the spread of COVID-19.

McCall has the potential to play on both sides of the football at the next level with his 6-2 and 180 pound frame. His route running is above average and he is dangerous with the football in his hands. The athleticism that he possesses translates to the defensive side of the football as he can tackle in space and compete with athletic players in the air.

Alabama currently has commitments from two 2022 prospects in Jeremiah Alexander and Robert Woodyard. With a good portion of their 2021 recruiting class in the bag, the Crimson Tide’s coaching staff has turned some of their attention to 2022 recruits, who they will like to add to their class and McCall is one of those prospects.