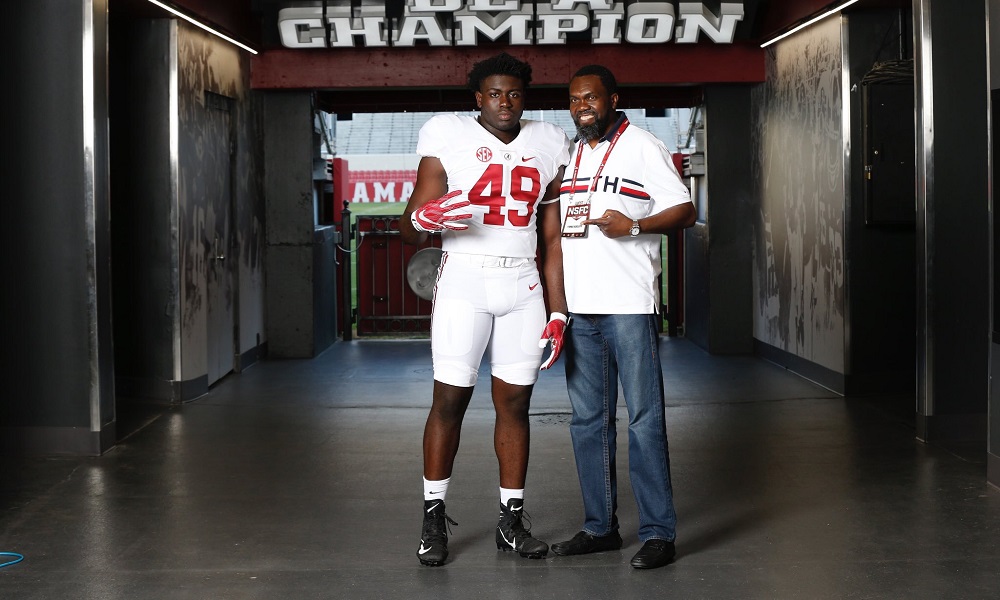 For next 3-4 years I’ll be taking my talents to… 🐘🐊👍🏾 pic.twitter.com/vgzgezdPI8

Adeleye’s top three was rounded out by the Florida Gators and Texas A&M. The Crimson Tide have been heavily involved in the Texas product’s recruitment for a very long time. Early on his recruitment, the Crimson Tide looked as if they were the favorite to land him.

The 4-Star defensive end committed to Ohio State in a bit of a surprise move in April. The Crimson Tide were expected to host Adeleye in March but he was unable to visit due to concerns over the spread of COVID-19 forcing the NCAA to put a recruiting dead period in place. However, Alabama’s coaching staff did not let the fact that Adeleye was committed to the Buckeyes stop them from pushing for one of their top targets.

Adeleye told Touchdown Alabama in June, Alabama’s staff was in contact with him constantly.

“I talk to them every day,” Adeleye said. “They have been telling me, that they are going to keep a foot in the door because recruiting is never over until signing day, anything can happen.”

Adeleye has expressed he wants to make a decision on early signing day.

﻿
Nick Saban in good spirits about testing positive for COVID, but has concerns for spreading to immediate family
Alabama OC Steve Sarkisian taking head coach duties with Saban out
To Top
%d bloggers like this: