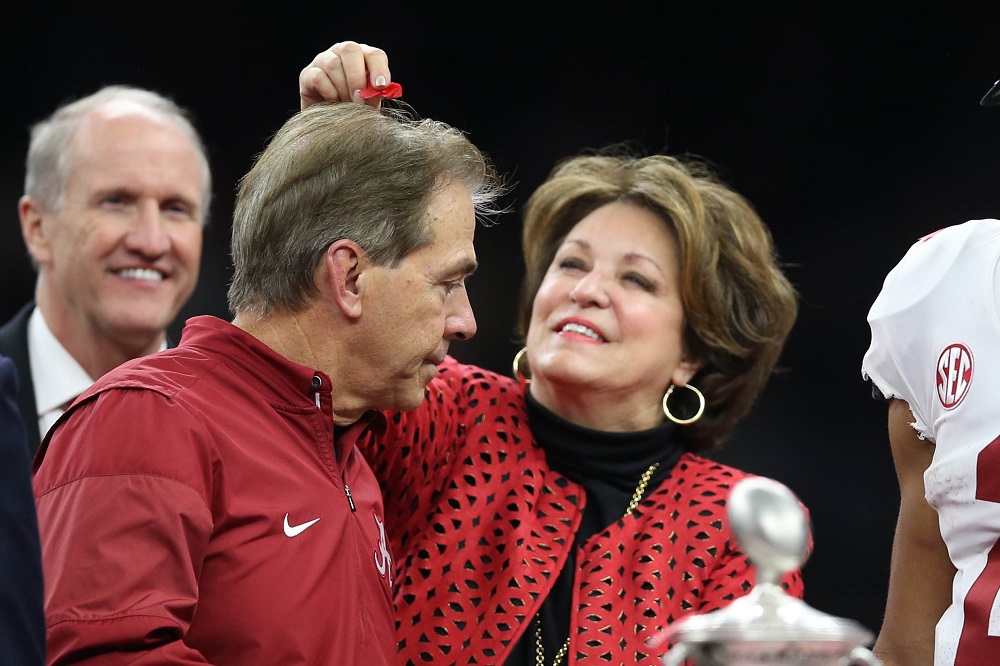 Since he is not allowed to be inside the Crimson Tide’s football facilities due to safety reasons, the six-time National Championship winning coach is spending more time at home, which means he is spending more time around with his wife, Terry Saban. On Hey Coach, The Nick Saban Show, Saban gave some humorous insight into how working from home was going while discussing a recent leadership group meeting.

“When I come there I can raise hell with you guys,” Saban said. “I am here and Miss Terry raises hell with me.”

Whether or not Saban will be able to coach in Alabama’s upcoming game against the Georgia Bulldogs remains in question two days away from kickoff.

RELATED: One ESPN insider has solution for Nick Saban, Alabama versus Georgia

If he is not able to be on the sideline for Alabama’s biggest game of the season to this point, Miss Terry will not be the only one in the Saban household ‘raising hell.’