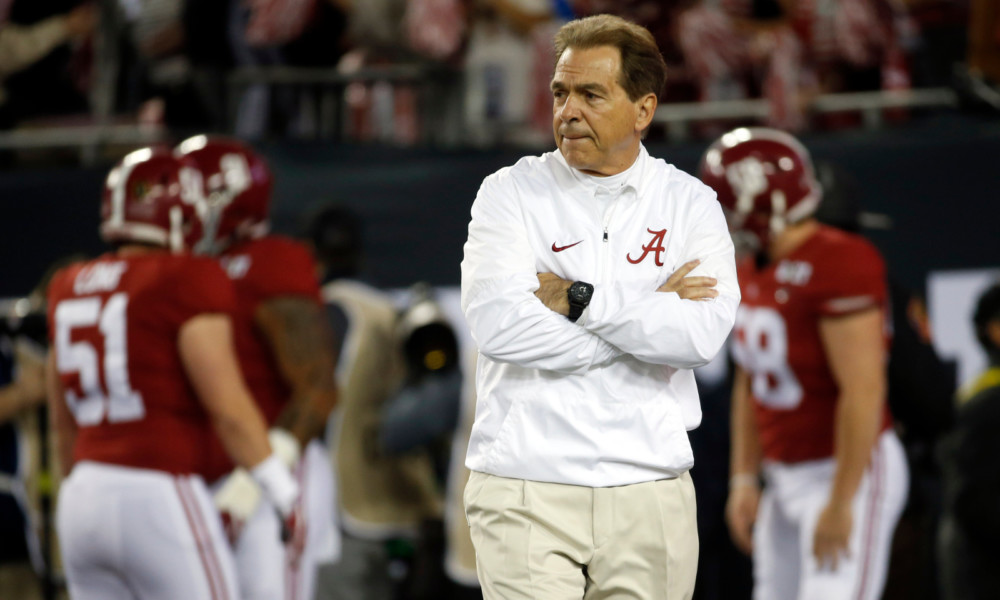 After originally testing positive for COVID-19 on Wednesday, Alabama head coach Nick Saban has received the three negative tests to confirm the first test was a false positive.

This means Saban will be on the sidelines for today’s game against Georgia.

Below is the full statement from Alabama:

Because Coach Saban remained asymptomatic, he received PCR testing at 7 a.m. on Thursday, Friday and today through the SEC appointed lab. Each of those tests were negative and were reported via the SEC’s third-party testing provider to the conference office in Birmingham. Those three negative tests satisfied the SEC protocol for a false positive. Out of an abundance of caution, two additional PCR tests were administered at the same time on Thursday and Friday and were tested by a separate lab. Those tests were also negative.

Due to the fact that Coach Saban has remained completely symptom-free and had five negative PCR tests, split between two separate labs, the initial test from Wednesday is considered a false positive under the SEC protocols. Again, that initial positive result came from an outside lab we’ve used to supplement the SEC mandated testing. We have been in constant communication with the conference office throughout this process to ensure compliance with all applicable protocols. In accordance with the SEC Return to Activity and Medical Guidance Task Force Protocol and with the approval of The University of Alabama System Health and Safety Task Force, Coach Saban is medically cleared to safely return to activity effective immediately.”

Since Wednesday, Saban had no reported symptoms remaining asymptomatic for the entirety of his self-quarantine. Alabama’s update on the health of Saban on Friday stated that the head coaches initial positive test came from an outside lab used to supplement the SEC-mandated testing.