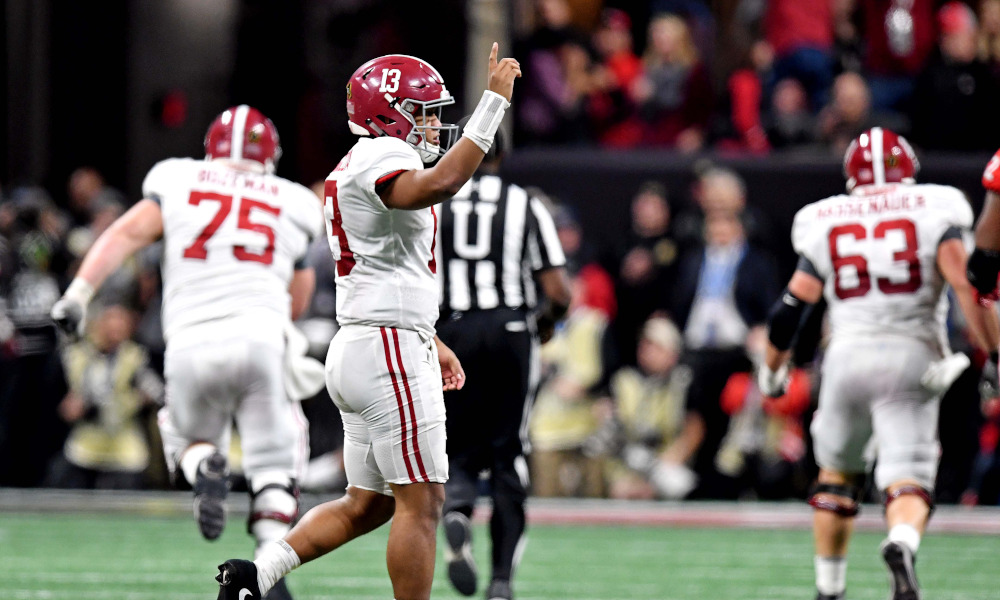 He is in his rookie season with the Miami Dolphins, but Tua Tagovailoa is still riding with his Alma mater.

The University of Alabama will host Georgia in football at Bryant-Denny Stadium on Saturday at 7:00 p.m. CT.

Even with the Bulldogs having a stellar defense, Tagovailoa remembered it having a strong unit in the 2018 College Football Playoff National Championship Game. As a true freshman at the time, he replaced Jalen Hurts in the second half and put on a clinic through the air. Despite trailing 13-0 at halftime, Tagovailoa tossed for three touchdowns — including a 41-yard, game-winning strike to DeVonta Smith in overtime.

The Crimson Tide won by a score of 26-23 and Nick Saban was overjoyed.

This time around, Tagovailoa will watch from the television as Mac Jones leads the Tide.

If he can shred Georgia’s defensive secondary and pushed the team to victory, he will stamp his name into the Heisman conversation. This is also a moment for Alabama’s defense to bounce back with a strong performance after giving up 48 points to Mississippi.