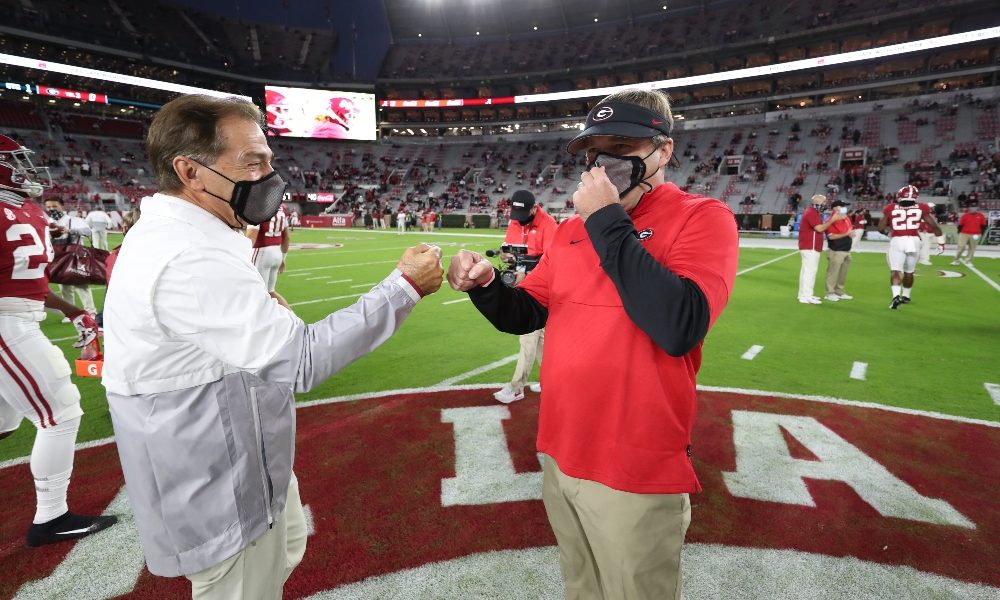 Last Saturday Alabama head coach Nick Saban extended his record against his former assistants to a staggering 22-0 with a victory over Kirby Smart and Georgia.

Smart, who served as Saban’s defensive coordinator at Alabama from 2008-15, had come close to catching his former head coach a few times in the past and for a half looked like to in another dog fight. But Saban was able to prevail and get a 41-24 win at Bryant-Denny Stadium.

Obviously, Crimson Tide fans were fired up following the game as well as Saban and the team. But Saban’s extension of his record saw a tribute post from the “nature boy” himself Ric Flair who in actuality is a Georgia football fan.

If anything Flair’s post proves that fans of the Crimson Tide and Bulldogs actually have the ability to congratulate the opposing side for an impressive accomplishment.