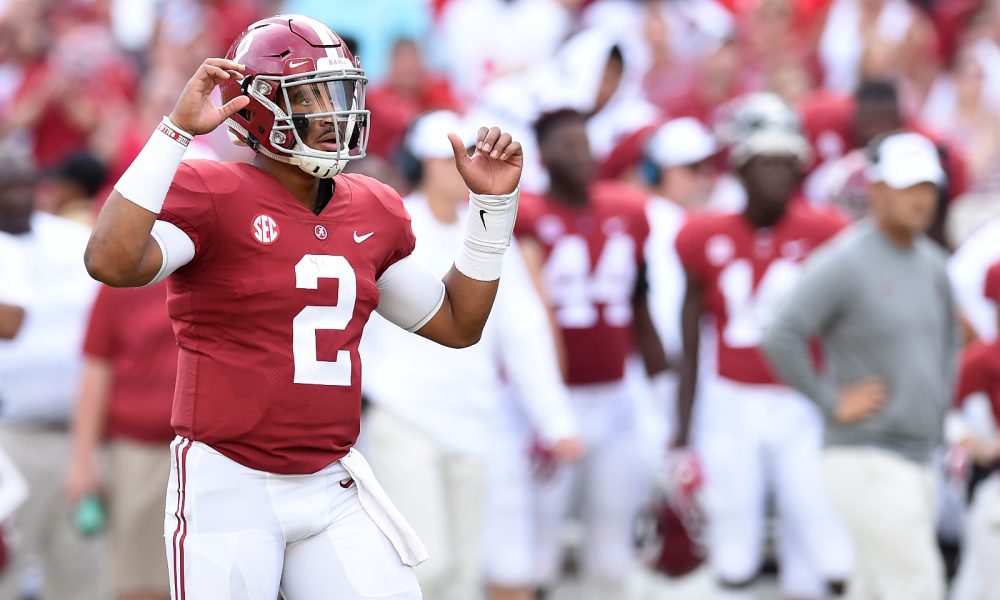 The donning of an Alabama Crimson Tide football jersey is a feeling that engulfs one the moment those colors cross the torso, and it doesn’t go away when a player graduates — or leaves for another program.

No player embodied this more than Alabama alum, Jalen Hurts while a member of the Oklahoma Sooners football program as a graduate transfer.

Hurts was no stranger to one of the most storied rivalries in college football between Alabama and the Tennessee Volunteers. Twice as a starter, Hurts defeated the Vols and another as a backup. While hundreds of miles away, Hurts watched his former teammates take down the Volunteers and as tradition dictates, the victor break out your favorite cigar. Hurts did just that.

Hurts proved you can take the player out of Alabama, but you can’t take the Alabama out of the player. Check out how Hurts celebrated last year and what to possibly look forward to should the Tide win again today.

Throwback to Jalen Hurts smoking a cigar as a member of the Oklahoma Sooners after Alabama's win over Tennessee last year. Too much Bama in him. @JalenHurts