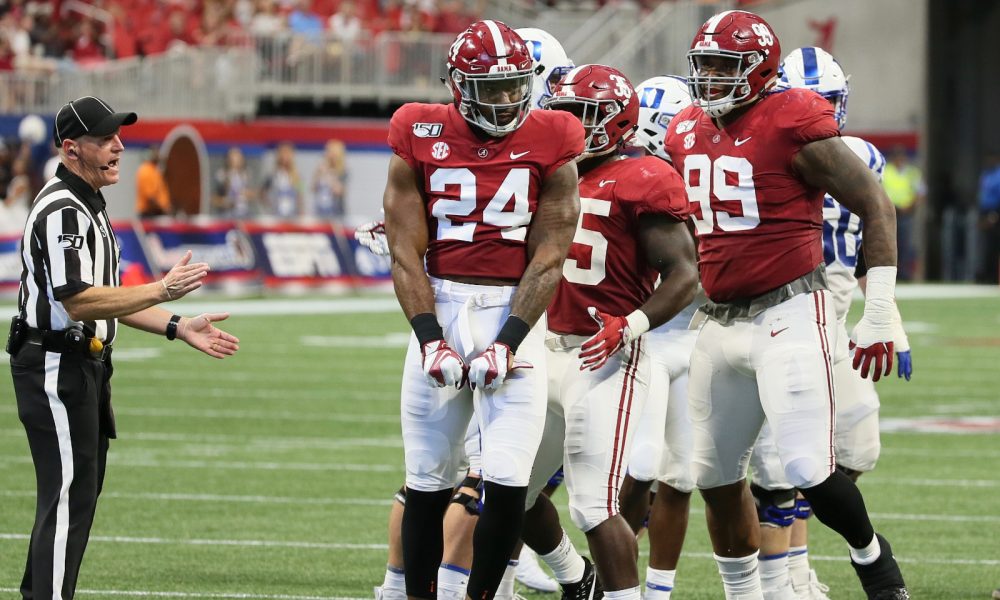 The Alabama-Georgia rivalry has no issue leaking into anyone’s work-life either, especially if it’s between two NFL players.

Former Crimson Tide outside linebacker Terrell Lewis trolled his new teammate and Georgia alum, Tyrique McGhee, by making him wear an Alabama sweatshirt as punishment for a bet.

McGhee was recently signed by the Los Angeles Rams to join Lewis who was selected with the 84th pick in the 2020 NFL Draft.

Both players attended each other’s respective universities within the same window, and have been apart of some of the more memorable clashes in recent memory.

Unfortunately for McGhee, he was on the losing end of the matchup in the national championship game as well as the SEC Championship when back up quarterbacks Tua Tagovailoa and Jalen Hurts propelled Alabama to late-game victories.

If there is a silver lining for McGhee in the most recent loss, it’s that it wasn’t nearly as heartbreaking.