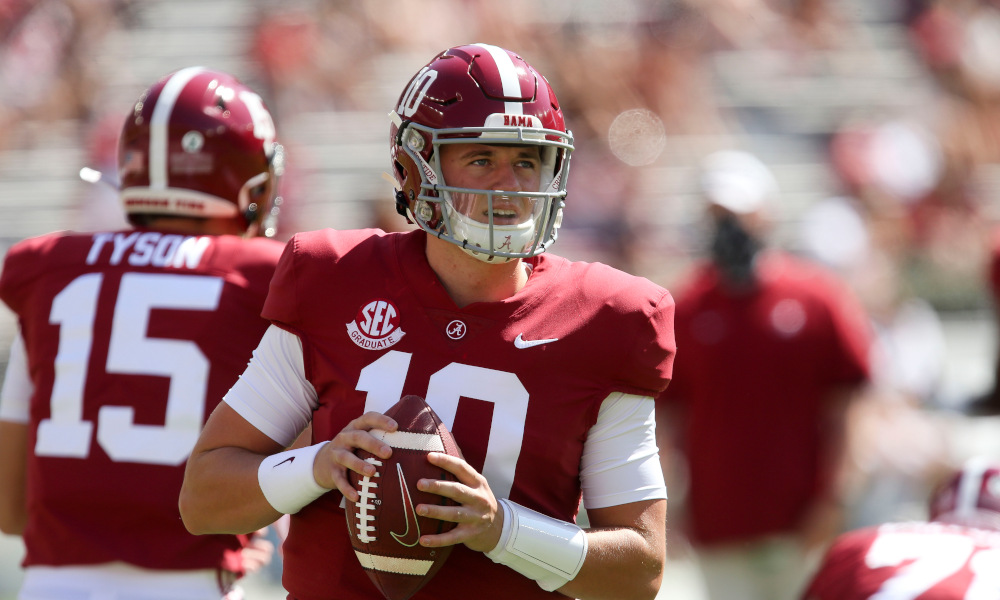 People have come up with different nicknames for Mac Jones, but one is more endearing than the rest.

He has donned this persona since his freshman year, and it is with this nickname that the redshirt junior is having the most incredible season of any quarterback of college football thus far.

Jones has Alabama football boasting not just the best offense in the Southeastern Conference, but also a top-five unit in the nation. He is putting up Heisman worthy numbers, completing 78.8 percent of his throws (115 of 146 passing) for 1,905 passing yards with 12 touchdowns to two interceptions in five games.

When it comes to the impressive nickname, Jones cannot take credit for it.

During an interview he had on Marty and McGee via SEC Network, he said it came from a teammate.

“My buddy Richie (Petitbon), he used to play here. He gave me that nickname my freshman year,” Jones said. “It then just spreader throughout the team, mostly cause I laugh with my mouth open like the Joker. That is where it came from and it kind of just stuck.”

Petitbon came to Alabama in the 2015 recruiting cycle and was a redshirt sophomore when Jones arrived in 2017. In the spirit of Halloween, the native Floridian is not too big on pulling pranks.

“Nothing crazy prank wise, but I may put baby powder on somebody’s stuff,” Jones said.

Jones has a lot to laugh about this year.

He has proven his critics wrong and is consistently taking the Crimson Tide to new heights offensively each week. Although he has turned in strong numbers to this point, he is not much of a stats guy.

“Winning makes it fun,” he said. “In the locker room after the game when you win, you can have fun and laugh. That’s really the only thing that matters.”

Jones is the definition of a Nick Saban quarterback.

He is about winning in every way, shape and fashion. He looks to improve the Tide to 6-0 on Saturday in a meeting with Mississippi State at Bryant-Denny Stadium.