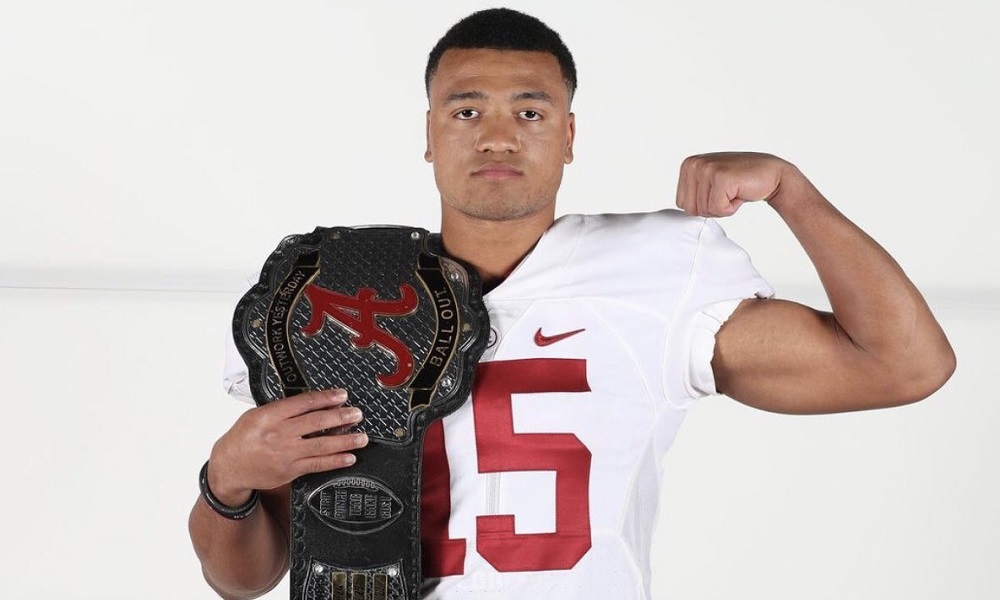 5-Star safety, Sage Ryan is set to announce his commitment Saturday at noon CT and it is one of the most anticipated decisions in the 2021 recruiting cycle.

With a final three of Alabama, LSU and Clemson, Ryan will announce his commitment live from Lafayette Christian Academy in Lafayette, Louisiana. His announcement will be broadcasted live on the LCA Knights Athletic Facebook page.

Ryan’s commitment decision is looking like yet another tight recruiting battle between Alabama and LSU. The Tigers and the Tide looked to have separated themselves from Clemson in their pursuit for the 5-Star recruit. Over the last couple of days, talks surrounding Ryan’s recruitment have indicated a toss up between the two SEC programs.

The fact that LSU’s former running back and current running back coach, Kevin Faulk, is Ryan’s cousin adds to the intrigue of the senior’s upcoming announcement.

Predicting what Ryan is going to do is a bit difficult with the tightness of his recruitment. Alabama was able to get him campus in March for one of its Junior Day events and have been a consistent factor in his recruitment every since. It is also important to note that Ryan’s recruitment may not be over when he announces his commitment today.

Both teams could continue pursuing the 5-Star recruit after today.