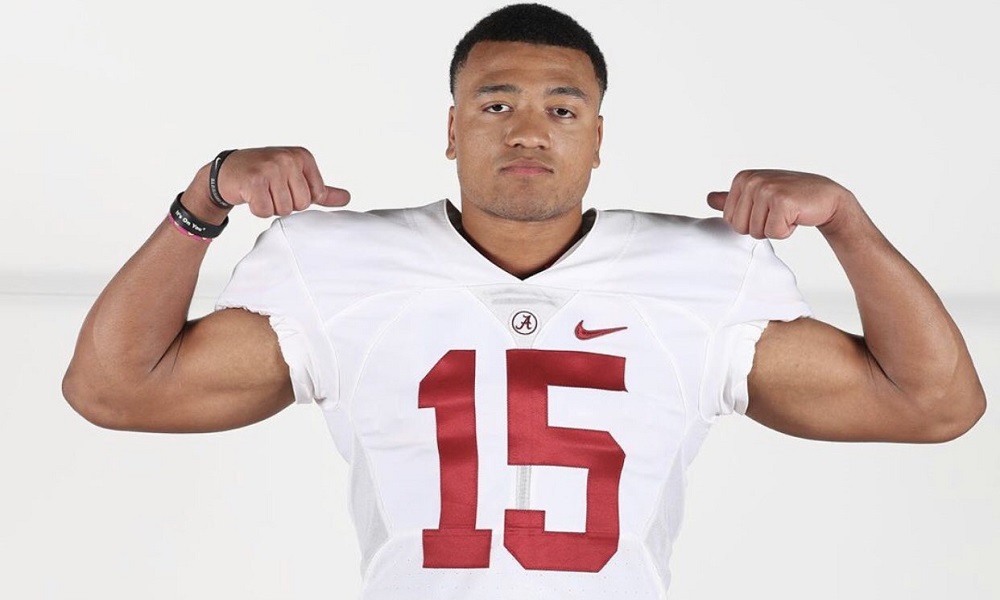 Ryan chose the Tigers over Alabama and Clemson. This is not a huge surprise as Ryan’s cousin is LSU’s running back coach, Kevin Faulk and he is a product of Louisiana. This one went down to the wire as many felt Alabama had surged late.

The Crimson Tide will continue to have 22 recruits verbally committed in the 2021 recruiting class. With Ryan choosing to stay at home to play college football, Alabama still has one of its top defensive back targets still on the board with 4-Star defensive back, Terrion Arnold not committed.

The Tallahassee, Florida product is set to release his top 5 on Dec. 1 and he has expressed a commitment would come soon after. Alabama has continued to recruit him heavily with Nick Saban playing an active role.

RELATED: Terrion Arnold provides the latest in his recruitment, Alabama

Jardin Gilbert, a 4-Star safety, is another defensive back to watch moving forward. Alabama football could still add a couple of defensive linemen to this class as well.

﻿
5-Star DB Sage Ryan set to announce commitment
ESPN analyst sees ‘no big changes’ to Alabama’s offense, despite an injury to Jaylen Waddle
To Top
%d bloggers like this: