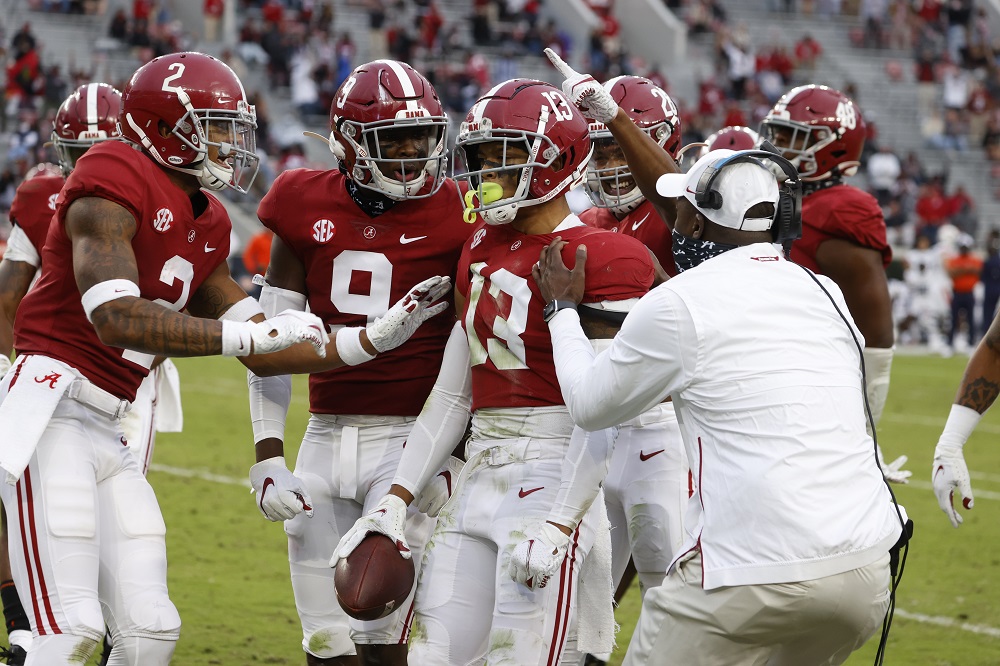 The Super Bowl champion tweeted, “13 from Bama look like a old 14 from LSU. #TruestFreshmens.” Mathieu is referring to himself as he wore number 14 as a freshmen when he played at LSU. The Louisiana native currently plays for the Kansas City Chiefs.

13 from Bama look like a old 14 from LSU. #TruestFreshmens

Moore racked up two tackles and one interception in Alabama’s win over Auburn. The Trussville, Alabama native now has three interceptions on this season. When he saw what Mathieu said about him, he tweeted it was a “big compliment.”

Mathieu was not the only NFL defensive back, who was impressed with Moore’s performance. Former Alabama defensive back and Baltimore Raven, Marlon Humphrey had some good things to say as well.