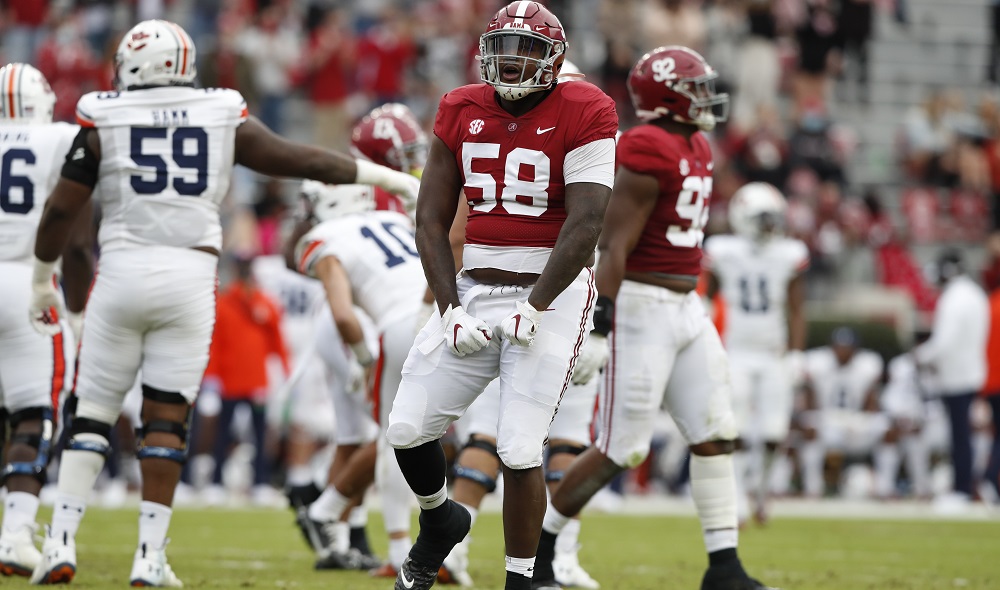 The Iron Bowl is a huge game for Alabama and Auburn fans as the winner gets bragging right for an entire year.

The Crimson Tide picked up a 42-13 win in the 2020 edition of the storied rivalry and Alabama fans were ecstatic. After losing to the Tigers last season, Tide fans took to social media to share their excitement about Alabama getting revenge on Auburn.

There were a lot of Mac Jones Haters before the season started… The Haters have been really quiet lately pic.twitter.com/kKfpbpqlQL

REVENGE IS SO SWEET!!!!! pic.twitter.com/aQ4Ndxi3OM

The most Bo Nix stat line to ever exist. pic.twitter.com/icw3EHuDdS

Alright Auburn, go ahead & clock out for me. #AubvsBama pic.twitter.com/25Tpt8qmbI

Remember when Bo Nix said Mac Jones was a game manager… so, about that… pic.twitter.com/lPo3QE545U