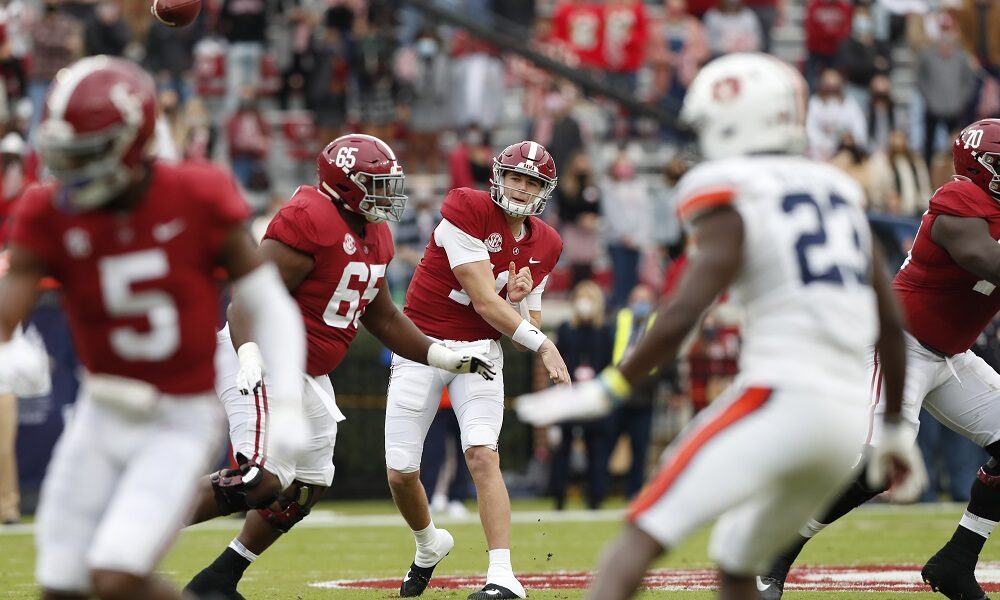 Mac Jones entered the 2020 college football season with many fans believing he was a placeholder for true freshman, 5-Star quarterback, Bryce Young. Throughout a tumultuous offseason, which included a canceled spring practice as well as uncertainty of a season beginning at all — Jones not only has quieted the skeptics — but also raised NFL evaluators’ eyebrows as well.

For Nick Saban and the Alabama coaching staff, Jones may have been the best kept secret, and he’s shown with each pass why his success this season is no fluke.

Need further proof? Look no further than this touchdown pass to Jahleel Billingsley. Jones expertly climbs the pocket, steps into his throw, and drops a perfect pass right in the bread basket of Billingsley for a touchdown. Don’t be surprised to see Jones also climb the 2021 NFL Draft boards in the coming months. See the pass below.