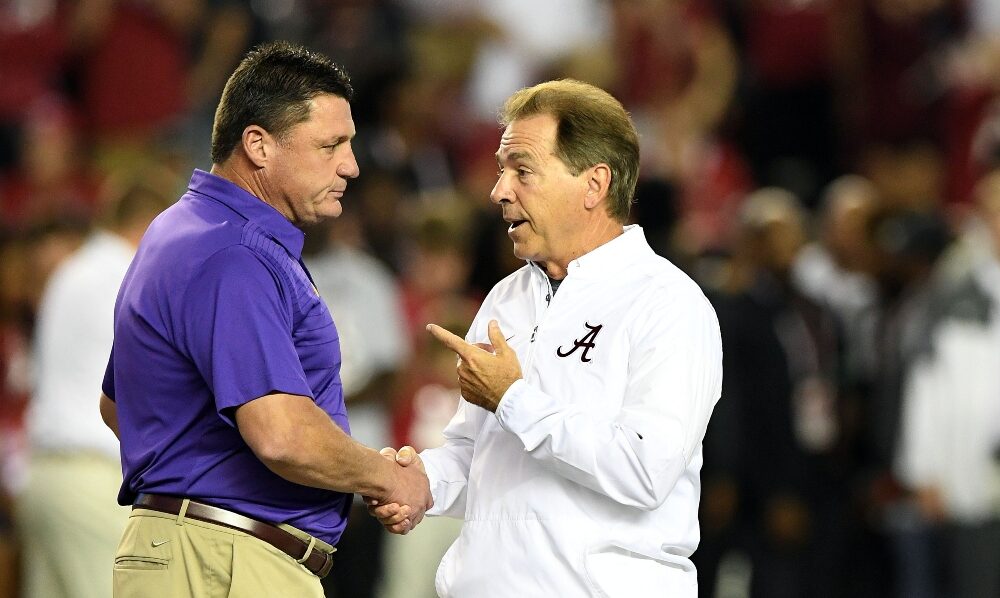 The Alabama-LSU rivalry game has arguably been the most heated series since Nick Saban, former LSU coach, arrived as the Crimson Tide’s leader. Every year, new storylines emerge, which have often shaped whether the winner of the contest would go on to play, or win the national championship.

Related: Alabama to be without two assistants in LSU matchup

Recently, Mulinaro took advantage of a highly-anticipated game between the Tide and Tigers as leaked locker room footage of Orgeron’s postgame speech went viral, and surely sparked some revenge factor if not for the players themselves, certainly for Tide fans.

Mulinaro’s sketch takes place as a pregame phone call between both coaches as they share barbs about Saban contracting COVID-19 twice, as well as LSU’s lackluster season following its historic championship run just a year prior.

Take a look at the full sketch below: