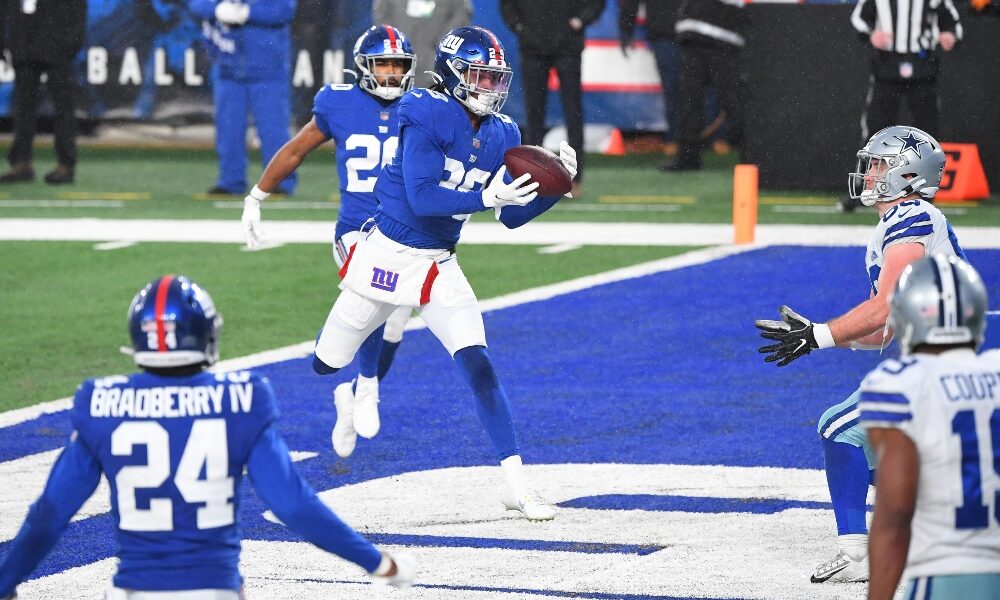 Revenge is a dish best served cold, and there isn’t a much more frosty way to serve it in the NFL than ending a team’s season. And that’s exactly what happened to the Cowboys on Sunday when its playoff hopes were numbed by the New York Giants.

The one who was able to seal the victory was former Alabama defensive back Xavier McKinney who intercepted Dallas’ backup quarterback Andy Dalton in the endzone with under two minutes to go in the fourth quarter of a four-point ball game.

McKinney who had to battle through injury throughout his rookie campaign with the Giants had a nice bookend to a bounce-back ending of the season.

But what also tied McKinney’s season together was the opportunity to shoot some trash talk back to Fox Sports’ Skip Bayless who voiced his gratitude over the Cowboys passing on McKinney in the 2020 NFL Draft.

Bayless, who is a die-hard Dallas supporter, is known for controversial takes and blunt sensibility when it comes to discussing sports on his FS1 show “Undisputed.” It isn’t the first time an athlete has been rubbed the wrong way by Bayless’ brashness but it also won’t be the last time one takes an opportunity to troll him.

With the victory secured by McKinney, the Giants playoff hopes remain alive.