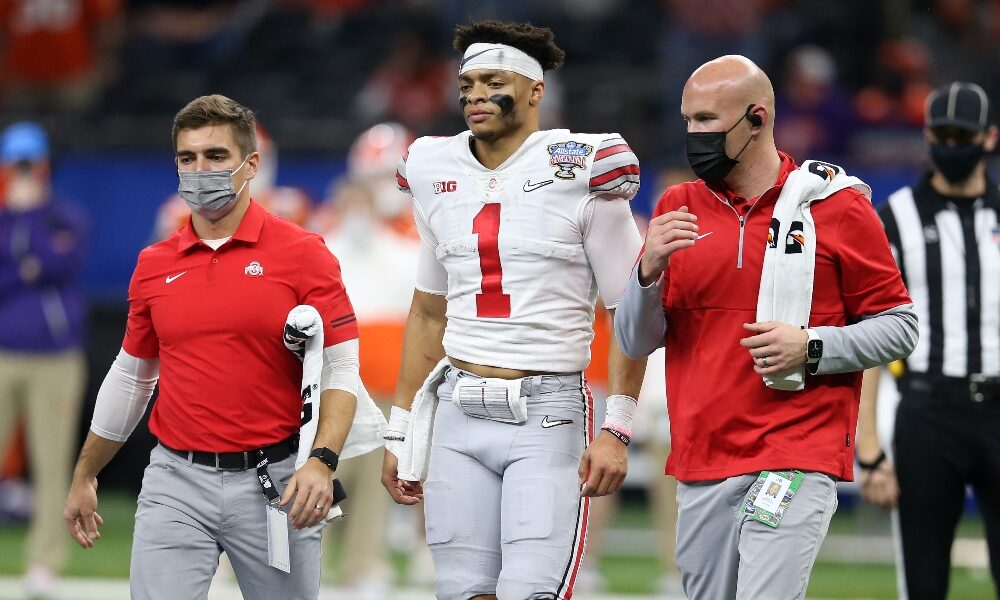 Ohio State fans will be able to exhale as it will be headed into the national championship game with its starting quarterback under center.

Head coach Ryan Day confirmed what everyone believed on Monday during his press conference that the team fully expects Justin Fields to play in the national championship game against Alabama next Monday night.

Although Fields will be suiting up for the Buckeyes it does not necessarily mean he is completely healthy and when pressed on the specifics Day kept things close to the vest.

Yeah, I definitely expect him to play, but, yeah, we don’t get into specifics on injuries. We give our availability report at the end of the week, and that’s always been our policy.

Last Friday against Clemson Fields took a devastating blow to the rib area and was in obvious pain the rest of the game. Despite the injury, Fields went on to have one of the most impressive games in the College Football Playoff semifinal as he threw for 385 yards and six touchdowns despite the early injury.