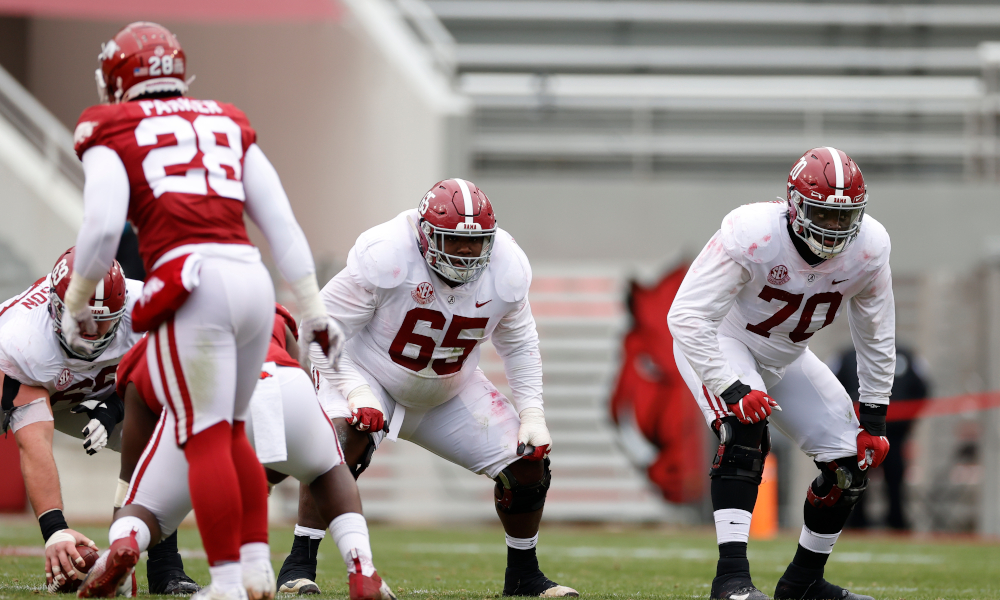 The big boys who do the dirty work up front got a big reward on Monday, as it was announced that the Alabama offensive line has won the 2020 Joe Moore Award.

The award is handed out to the most outstanding offensive line in the country and there is no such one more deserving than the Crimson Tides. Made up of Alex Leatherwood, Deonte Brown, Landon Dickerson, Emil Ekiyor and Evan Neal the group helped lead Alabama to the SEC’s top-rated offense along with one of the best in the country.

“I think this is one of the awards that I really cherish the most because it’s one of the few that honors a group of players, and the offensive line is a special group of guys,” head coach Nick Saban said. “They all seem to have similar personalities. They all have the same kind of competitive characteristics.

“They probably play more together as a unit and as a group in terms of how they communicate, how they combination block and all those things than any other group in football. I think this is a tremendous thing that they continue to do in Joe Moore’s honor because it does mean a lot to our group, who has won it before.”