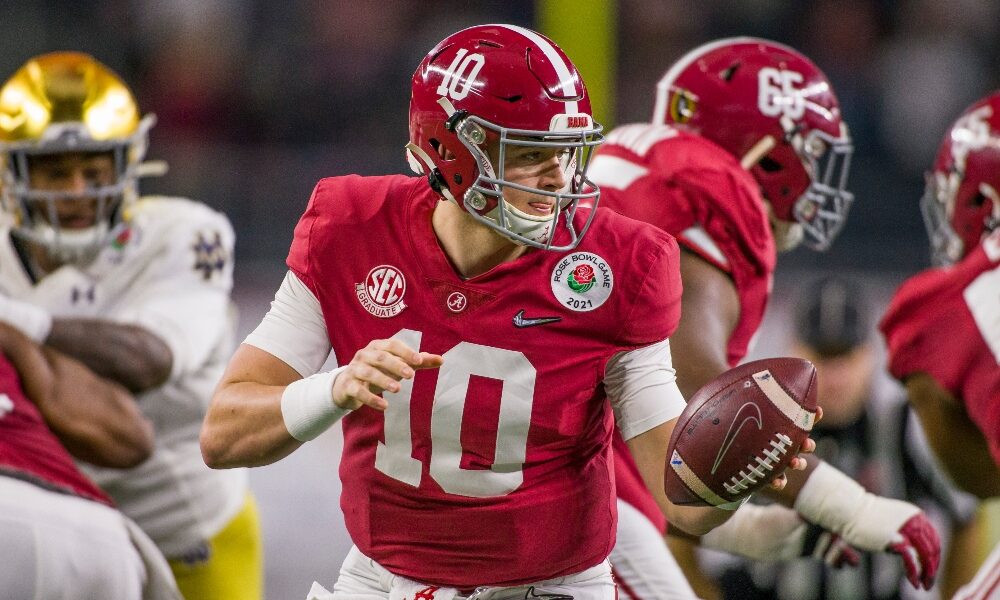 Whether one of his favorite wide receivers (Jaylen Waddle) plays or not, he has earned this moment and is ready to deliver Alabama a College Football Playoff National Championship.

Despite having Jalen Hurts and Tua Tagovailoa before him, Mac Jones could be the lone member of the trio to go the distance for the Crimson Tide as its starting quarterback and win a national title. Before the start of the 2020 season, the thought of Jones having an explosive year and positioning the Tide for this stage was not the idea of most people. Even with the doubters and a global pandemic — COVID-19 — the redshirt junior has proven he is more than capable of operating the offense at a high level.

RELATED: WATCH: Alabama and Ohio State fans share their predictions ahead of the national championship

He has turned in arguably the greatest season for a quarterback in Alabama history, especially when one takes completion percentage (77%), passing yards (4,036), passing efficiency rating (203) and quarterback rating (95.8) into account.

Jones has the most passing yards by any signal caller of the Nick Saban era for a single season, while his 36 scoring tosses are second to Tagovailoa. As a Consensus All-American, Johnny Unitas Golden Arm winner and Davey O’Brien Award winner, he has always dreamed of being the starting quarterback for a national title school. Not only did he fend off a talented freshman in Bryce Young to win the job, but Jones is about to make his dream a reality.

He is one victory away from capturing a CFP National Championship and Ohio State stands in his way.

A native of Jacksonville, Fla., he is prepared to give a masterful performance. A coronation is set for the taking and Jones is ready for it.