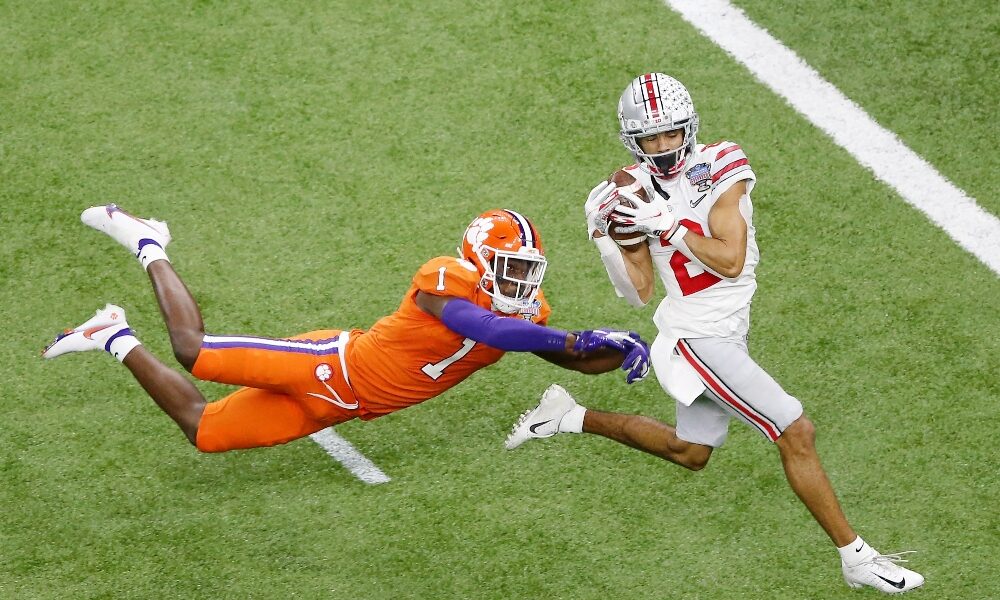 Ahead of the national championship game, one Ohio State fan showed a great deal of confidence in the Buckeyes’ potential performance in tonight’s game.

He even went as far as to say that star wide receiver Chris Olave would be able to score three touchdowns on Alabama’s defense.

"Alabama ain't got nobody that can keep up with Olave." pic.twitter.com/6PqSHbANJ4

Olave will have his hands full with Alabama defensive back Patrick Surtain throughout tonight’s game, but it will be one of the most intriguing matchups.

Alabama and Ohio State will kick off shortly at 8 p.m. ET.