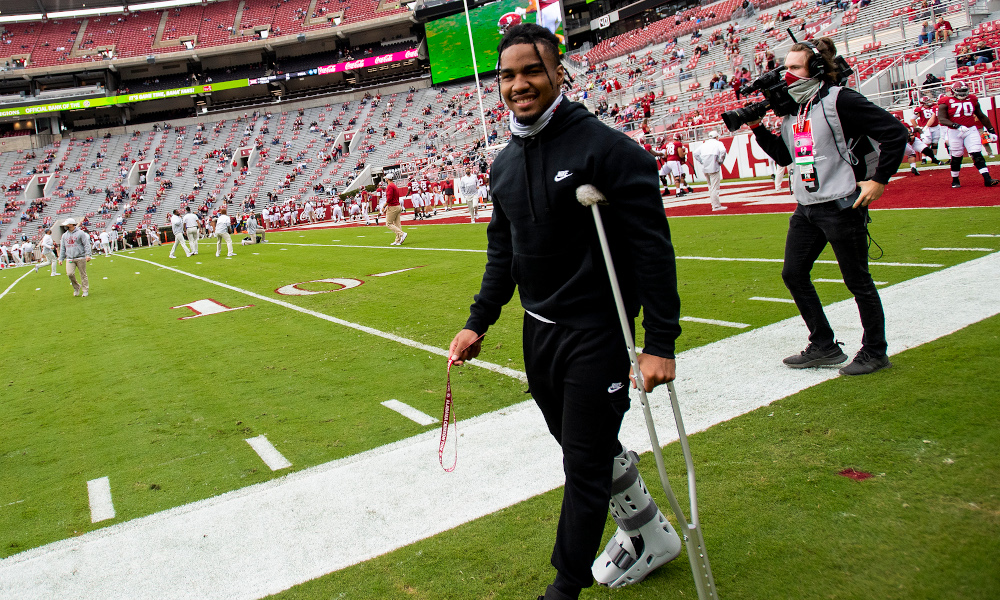 Alabama fans have been trying to keep their eyes out for one Jaylen Waddle since he first began rehab on his injured ankle.

It now looks as if the decision on whether he’ll be available tonight will be left up right until kickoff.

But head coach Nick Saban caught up with ESPN ahead of the game and gave one more update on the speedy wide receiver.

“It’ll be on a limited basis if he can play,” Saban said. “That decision’s gonna be up to him.”

Waddle had been cleared to return to practice early last week and Saban has been consistent with his status for the game. He will be leaving the decision up to him and his family if he were to play in the national championship game against Ohio State.