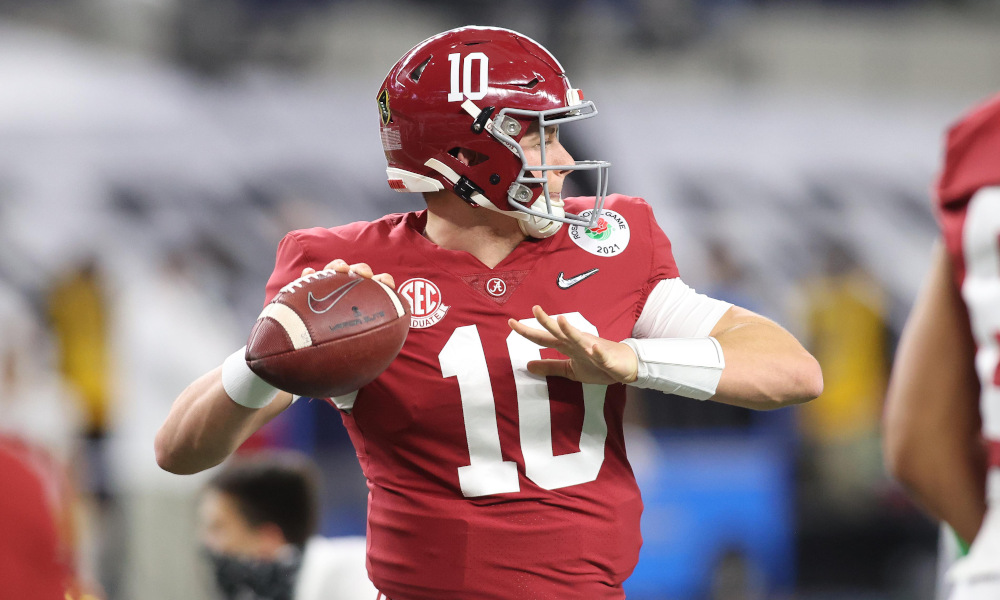 Touchdown Alabama’s staff predicts how this one will play out:

Key Insight: “The CFP National Championship will have all the stops pulled out. This will be a high scoring matchup that comes down to which defense gets the most stops. Alabama will have offensive balance but expect for Steve Sarkisian to use a lot of motions and take shots in the passing game. For the defense, this is a moment for Pete Golding to prove he can hold an explosive offense under 30 points. I don’t see him doing it, but if the Tide can force turnovers and get off the field on third down, it will be successful.”

Key Insight: “This game will come down to Alabama’s defense and Ohio State’s offense. If Justin Fields can play at the level he played at against Clemson, the Buckeyes will be dangerous and Alabama’s defense will have its hands full. The Buckeye’s defense will be asked to at least slow down the Crimson Tide’s high-octane offensive attack which is easier said than done. I will look for Ohio State to come out guns blazing on the offensive side of the football. If they can get a lead, they may try to slow down their offense to keep Alabama’s offense off the field. The Tide’s offense should operate as usual. They typically dictate what the defense does. This game should be a shootout where whoever has the ball last will win.”

Key Insight: “Both teams come into this game loaded with talent worthy of being champions. But the only one can be a winner and for tonight that team will be Alabama. It won’t be as pretty as its win last week against Notre Dame. It will be a hard-fought shootout in Miami. However, this game is what players like DeVonta Smith, Alex Leatherwood and Najee Harris came back for, and they’re going to finish things right.”