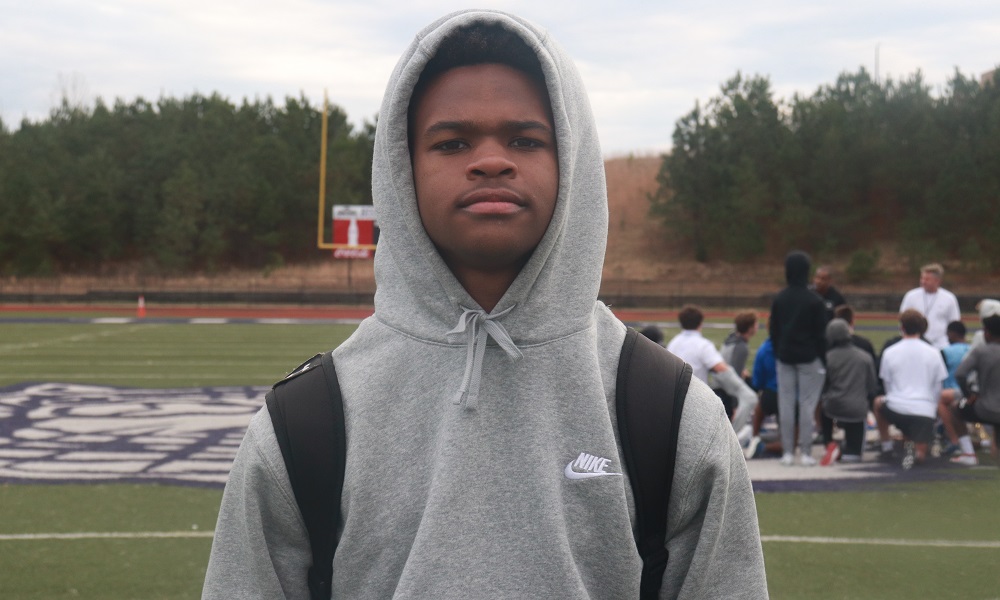 Ethan Nation is one of the hottest prospects in the country.

Nation has pulled in six offers over the last two months. The Georgia Bulldogs are the latest to offer the Roswell, Georgia product. Nation’s recruitment is starting to blossom as a result of his breakout sophomore season.

Offers are coming in for this 2023 prospect just as fast as he picks off quarterbacks. Nation was able to reel in eight interceptions in eight games as a 10th grader. He showed he was a true ballhawk at 5-foot-11 and 160 pounds.

Nation possesses exceptional coverage skills for a player his age. He is smooth in coverage and knows how to position his body to fight for the football in the air.

A total of 14 D1 programs have offered Nation so far. This number will rise, and Alabama football could be among the next group of programs to offer this impressive defensive back. Nation told Touchdown Alabama he feels the Crimson Tide is ‘the greatest college football team ever.’

“It would be more than a dream come true if I got an opportunity to play for them,” Nation said. “Nick Saban is a phenomenal coach, and the atmosphere there is unreal.”

Alabama’s coaching staff will turn more of its attention to the recruiting trail after winning the National Championship. In normal circumstances, Nick Saban and his coaching staff would be hitting the road to visit recruits around this time. They are currently unable to do so at the moment due to COVID-19 and the recruiting dead period. With D1 coaches forced to rely on film more than ever, it would not be surprised if Alabama coaches check on Nation’s film and offer him in the future.