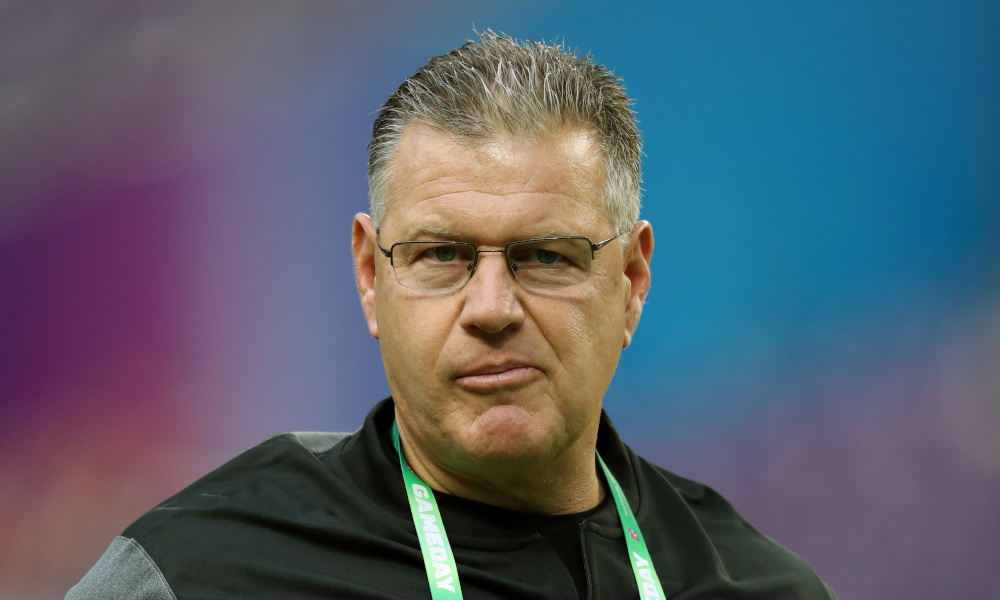 The dominoes are now in motion for the Alabama football coaching staff.

Steve Sarkisian is officially at Texas and Kyle Flood (offensive line) has joined him. With reports stating that Bill O’Brien is expected to be the new offensive coordinator for the Crimson Tide, the question is who will replace Flood?

On Thursday, a familiar name was tossed into the conversation. According to Bruce Feldman of Fox Sports and respectable sources of yours truly via Touchdown Alabama Magazine, Jeff Stoutland could be returning.

He has been an offensive line coach for 28 years, including two in Tuscaloosa.

Look for #Eagles OL coach Jeff Stoutland to replace Kyle Flood (off to Texas) as #Alabama’s offensive line coach. Stoutland who was the Tide’s OL coach in 2011-12, and Nick Saban go back a long time.

Stoutland, 58, coached a group in 2012 at Alabama that was regarded as the best offensive line of the Nick Saban era — prior to the 2020 unit. In his two seasons (2011-12), Stoutland mentored players that paced the offense to averaging 36.7 points per game.

The lineup of Barrett Jones, Chance Warmack, William Vlachos, Anthony Steen and D.J. Fluker guided Trent Richardson to the school’s single-season rushing record in 2011. Before he was surpassed by Derrick Henry (2015) and Najee Harris (2020), Richardson held the record for rushing scores with 21. He also held the mark for yards (1,679), until Henry went off in 2015.

The group positioned AJ McCarron to a strong redshirt sophomore campaign, helping him to 2,634 passing yards with 16 touchdowns to five interceptions. As a first-year starting quarterback, the offensive front assisted McCarron to winning a BCS National Championship.

During the following season, the group of Cyrus Kouandijo, Warmack, Jones, Steen and Fluker cleared the way for two 1,000-yard backs — Eddie Lacy and T.J. Yeldon — while navigating McCarron to 30 scoring tosses in 2012.

McCarron was protected so well that he found Amari Cooper 59 times for 1,000 yards and 11 scores.

Behind the offensive line, Alabama would repeat as national champions. The quartet of Jones, Warmack, Fluker and Kouandijo were all selected as All-Americans. As for the tandem of Warmack and Fluker, both were selected in the first-round of their respective NFL Draft classes.

In seeing the talent the Tide has brought in for next season’s offensive unit, getting a coach like Stoutland would be huge for Saban. The two have worked together before and Saban knows Stoutland’s track record with linemen.

Will the Tide return Stoutland to the fold?

We shall see what happens. He is currently with the Philadelphia Eagles.