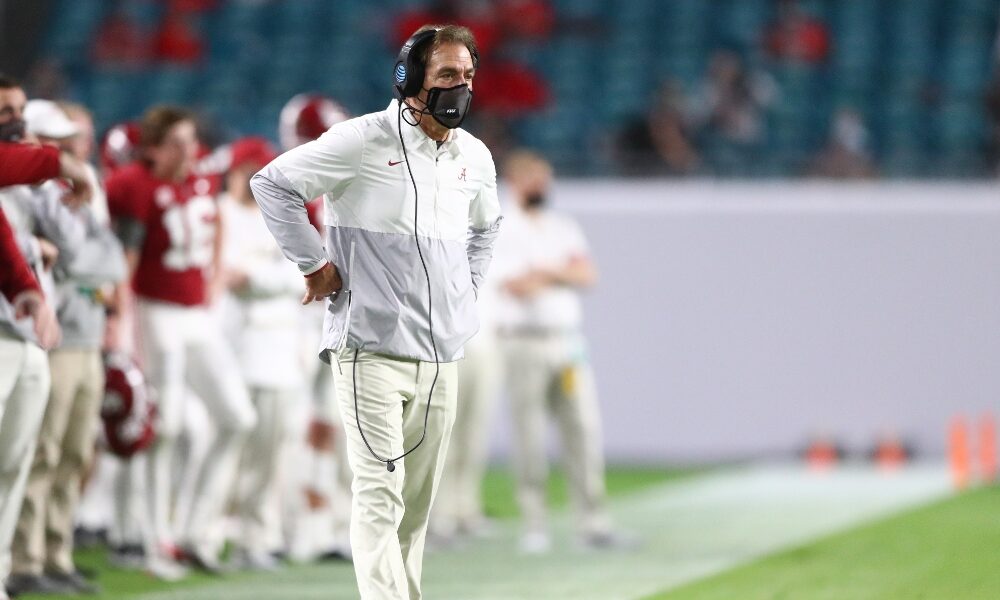 Now for more than a decade, Nick Saban has had a stranglehold on college football.

With seven national championships across 14 seasons and the top recruiting class entering in 2021 the Alabama dynasty appears to be far from over. Let alone be remotely challenged.

The reign of dominance has gotten to the point where some even question if there is anything left for Saban to prove or accomplish in the sport. One person who believes Saban should be fielding calls from NFL jobs is Fox Sports’ Colin Cowherd who went into how the seven-time national champion should take a look at the next level.

Nick Saban deserves another shot at the NFL: @ColinCowherd: You don't think Saban could get the Houston Texans right? You don't think he could go to Tampa if Bruce Arians isn't the guy? pic.twitter.com/9ryweJNKVR

Cowherd highlighted Saban’s great health as one of the reasons why teams like the Houston Texans shouldn’t be afraid to call the 69-year-old.

He also believed that Saban would be able to do rather well in the NFL even going as far as to say his first session with the Miami Dolphins should not be considered a disaster.

Whether there is actual NFL interest or not, Saban has distanced himself as the top coach in all of college football with the gap only increasing every year that passes.