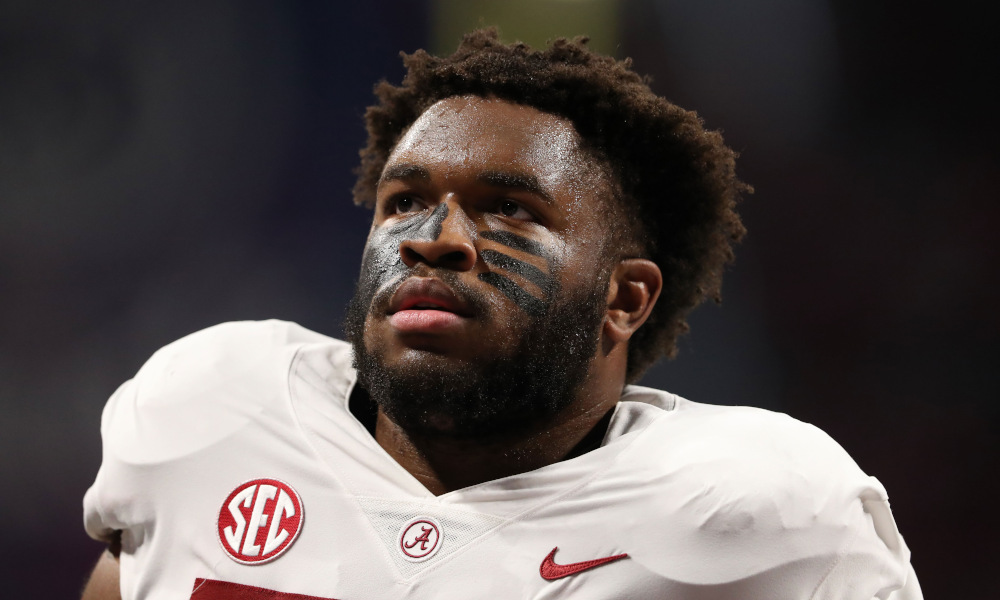 Alabama offensive lineman Chris Owens announced on Friday that he will be utilizing his sixth season and return to the Crimson Tide for the 2021 season.

Read his full statement below.

“Over the past five years, I have been blessed with the opportunity to play football at the University of Alabama, which is something I would have never imagined. I was born in New Orleans and because of Hurricane Katrina our family moved to Arlington, Texas. I had no idea my new life would turn out like this — a three-year SEC Champion and a two-time CFP National Champion with a bachelor’s and master’s degree.

“Throughout my time at Alabama, I have been fortunate to learn from coach Saban and various other members of his staff on what if takes to be a leader and the importance of valuing the principles and values of an elite organization. The lessons I’ve been taught have molded me into not only a better player, but also into a better person, which I can carry with me for the rest of my life. Along the way I have met some of my lifelong friends and created memories that I will never forget. Mostly because I was able to share them with my teammates.

“After long discussion with my parents and coach Saban, I have decided to use my final year of eligibility at Alabama and return to school for one final season. I believe it allows me to not only maximize the amount of value I can create for myself as a player, but it gives me one more chance to create even more memories with my brothers on this team. I trust coach Saban and his staff, and I believe that the opportunity to continue to learn from and develop under him is one I cannot pass up!”

Owens, who has been one of Alabama’s most versatile linemen, saw snaps at tackle as well as center this season.

He was also a massive piece to the team’s championship run as he filled in for the injured Landon Dickerson in both rounds of the College Football Playoff.