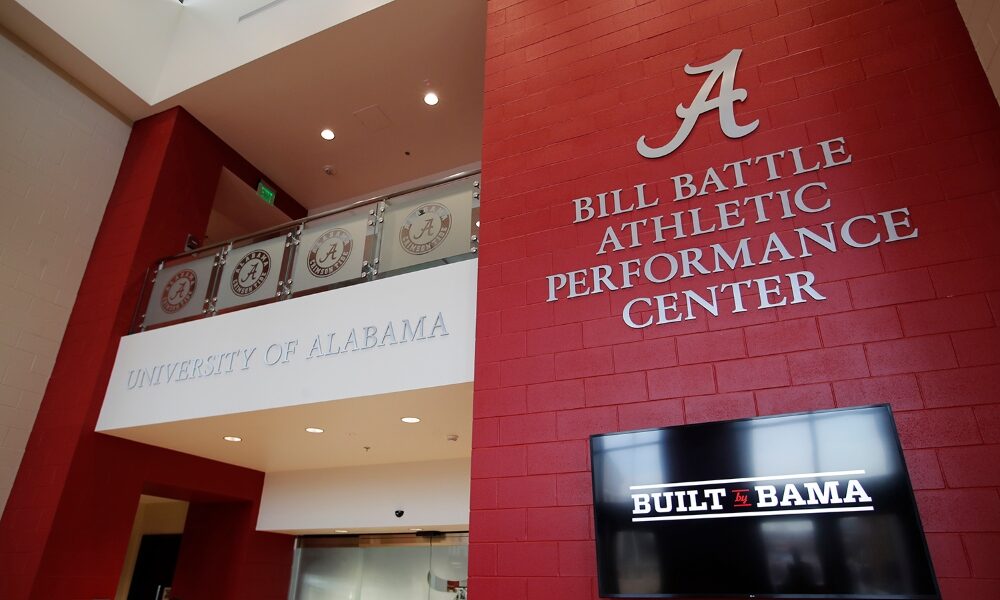 The newly crowned Bill Battle Athletic Performance Center, formerly known as the Alabama Strength and Conditioning Complex, was first opened in 2013, serving all 17 of Alabama’s programs in the 37,000 square-foot space.

“It was intriguing to me to have a building named next to Mal’s (Moore) building,” said Battle. “I thought that was a pretty cool thing, so that’s what we decided to do. When I was in school here, there wasn’t a brick on this whole area. The football fields were out here, and we would walk to practice some days. It’s amazing to see everything that’s gone on since then, and it’s really an honor and a humbling experience to think about being here on this fantastic building.”

The performance center is the second athletics building on campus to bear Coach Battle’s name, joining the Bill Battle Academic Center, which was formally rededicated following a renovation in 2005. The Battles also provided a generous donation to fund all seven scholarships of Alabama softball’s returning seniors for the 2020-21 season.

“To Bill and Mary, and the Battle family, thank you for what you’ve done currently, but also all you have done for the history of Alabama,” said Alabama Director of Athletics Greg Byrne. “Coach Battle is one of our true leaders and one of our true legends of this University. When he was a businessman, he had a commitment to academics, and he put his name on our academic center, which is still one of the leading facilities in the country, and you look at the performance of our student-athletes, and it’s one of the shining stars of our department. The Battles’ generosity and their support continues to shine through. It’s not just their generosity, but also the care they have for their people around the University.”