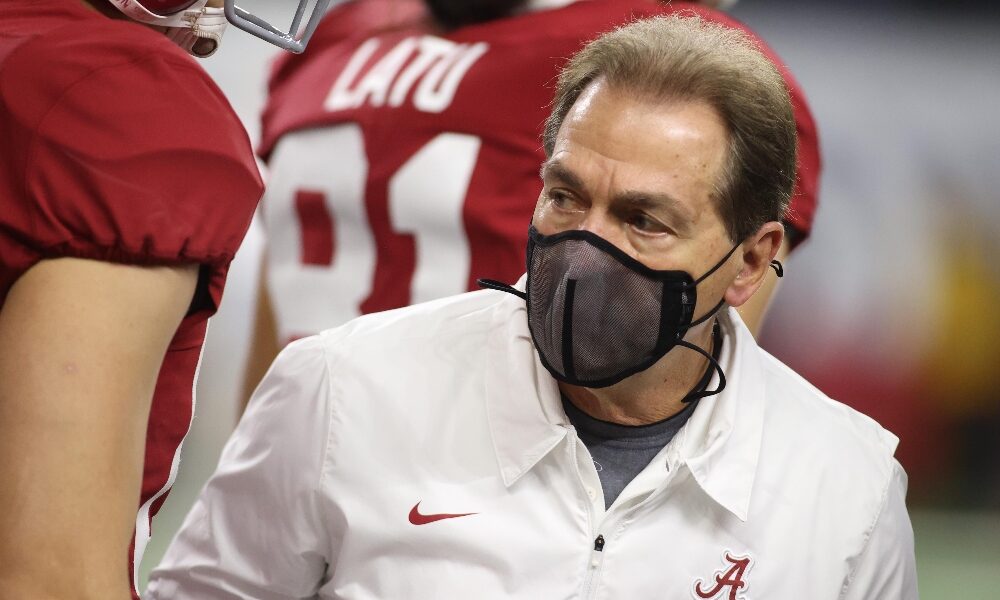 For a multitude of reasons, Nick Saban’s time in the NFL was not considered a successful one. From the regression from his first to second year, to Alabama knocking on the door Saban’s time was brief and left many Miami Dolphins fans with a bad taste in their mouths.

But there was one form of retaliation Saban experienced in the pros that he would likely never face at the college level.

His players trying to fight him.

During an appearance on Colin Cowherd’s show “The Herd” Fox Sports insider, Jay Glazer shared a story during a segment about discussing Urban Meyer’s future with the Jaguars, about two former NFL players who did not take kindly to Saban’s intense personality.

The pair looking to step in the ring were quarterback Daunte Culpepper and middle linebacker Zach Thomas.

Saban has been known to demand a lot from his players and not mince words when it comes to telling them what he wants.

For some players, especially in pros, this approach may not be as effective and it sure wasn’t for Culpepper and Thomas.