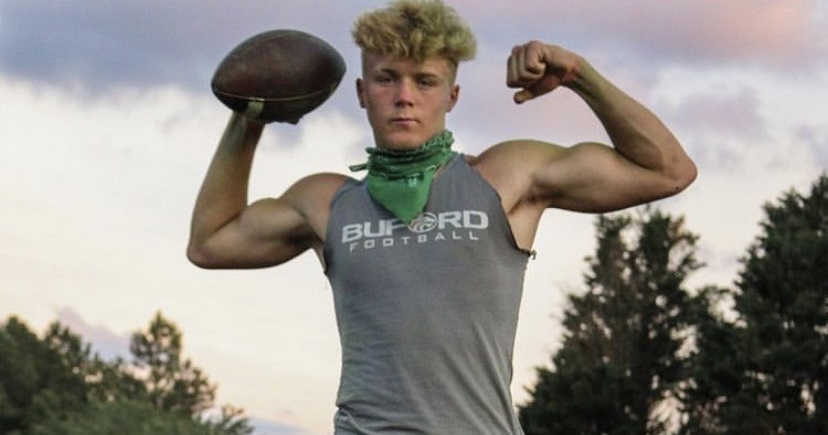 Alabama football has extended an offer to yet another 2022 prospect. Jake Pope reported an offer from the Crimson Tide Wednesday.

Pope is a product of Buford High School in Buford, Georgia. He holds more than 20 D1 football offers. Alabama’s safeties’ coach Charles Kelly informed Pope of his offer from Alabama.

After helping the Tide sign Brian Branch in the 2020 recruiting class, Kelly has his eyes on another Georgia prospect, who may play within the secondary at the next level.

Pope’s offer list is continuing to grow. Boston College and Virginia are among the latest programs to offer him. The Georgia product referred to Alabama’s offers as a dream one based on what he has seen from them throughout his entire life.

“It is a very well-known program,” Pope told Touchdown Alabama. “They are known for their culture and how successful they are. I love the way they do things. I feel it is a dream offer because I have been watching what they have done my whole life, and they have just been a team I have always thought it would be great to get an offer from.”

The 2022 prospect helped Buford win the 6A state championship this season with stellar performances on both sides of the football. His ball skills and superb vertical was on display on offense and defense. Pope also possesses some elite quickness which makes him a weapon with the ball in his hands and as a route runner.

Kelly will like Pope to play defensive back in Tuscaloosa, but feels he has the potential to be an offensive star as well.