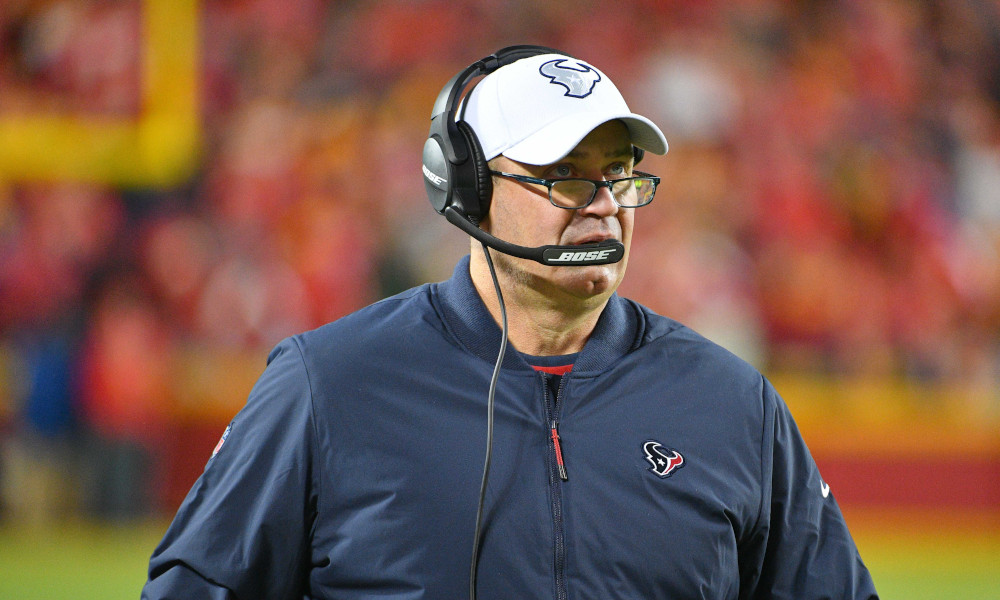 For the fifth time since 2016, the University of Alabama football program will embrace a new offensive coordinator.

After witnessing the success of Lane Kiffin, Brian Daboll, Michael Locksley and Steve Sarkisian, Nick Saban and the Crimson Tide have welcomed Bill O’Brien into the coaching rehab. The hire was made official via press release on Thursday, and the 51-year-old is motivated to get to work.

He has giant shoes to fill as the coach he replaces was arguably the best assistant of the Saban era.

Sarkisian coached the Tide to averaging 48.5 points per game in 2020, which was the most under Saban.

On top of this, he tutored Mac Jones, Najee Harris and DeVonta Smith to set records, win individual awards and become Heisman finalists.

Smith became the first wide receiver to win the Heisman Trophy since Desmond Howard in 1991. Alabama fans want to see it offense continue to be dominant and O’Brien is all in on making it happen.

In dissecting his credentials, O’Brien comes from the Bill Belichick coaching tree. He spent five years with the New England Patriots (2007-11) as an offensive assistant, wide receivers’ coach, quarterbacks’ coach and offensive coordinator.

He engineered the best passing season of Tom Brady’s career in 2011, coaching the first-ballot Hall of Fame quarterback to 5,235 passing yards (career-high) and 39 touchdowns. Brady had a passer rating of 105.6 and it was one of seven seasons where he had a rating over 100.

O’Brien put BenJarvus Green-Ellis in situations to be successful, seeing as he totaled 11 rushing scores in 2011. When it comes to receiving options, both Wes Welker (1,569, nine touchdowns) and Rob Gronkowski (1,327, 17 scores) both recorded 1,000-plus yards receiving. Before his tragic death, Aaron Hernandez benefitted from O’Brien.

He was responsible for seven touchdowns on 79 receptions.

During the 2011 campaign, O’Brien had the Patriots ranking second in the NFL for total offense (428 ypg), second for passing offense (317.8 ypg), third for scoring offense (32.1 ppg) and second in first downs (399). Despite it not winning a Super Bowl, O’Brien and New England did capture an AFC Championship title. Prior to the NFL, O’Brien spent some years in college but his big break came when he accepted a head coaching position at Penn State in 2012.

The offensive confidence he had in the pros followed him to the collegiate game. He mentored Matthew McGloin into being a 3,000-yard passer (3,271) in his first year.

McGloin, a former walk-on, tossed for 24 touchdowns to five interceptions. While was not selected through seven rounds at the 2013 NFL Draft, he signed with the Oakland Raiders (now Las Vegas Raiders) and played for four seasons.

He would then bounce around to the Philadelphia Eagles, Houston Texans and Kansas City Chiefs from 2017-18, but he made it to the league.

RELATED: Alabama’s Keilan Robinson got swole in 2020 and is ready to dominate next season

He also propelled a two-time 1,000-yard receiver in Allen Robinson. After amassing 1,432 yards and six scores on 97 catches in 2013, Robinson was selected in the second round of the 2014 draft by the Jacksonville Jaguars.

He played four years there and has been with the Chicago Bears since 2018.

Christian Hackenberg was the second signal caller that O’Brien put into the NFL. He was chosen in the second round of the 2016 venue by the New York Jets. Hackenberg was in the “Big Apple” for two seasons and then fizzled out of the league.

He was not a terrible coach with the Texans, but what got O’Brien into trouble was trying to be a general manager too.

A few horrible business decisions — including a trade of DeAndre Hopkins — did not sit well.

Still, he had four winning seasons in seven years. O’Brien had two 10-win seasons (2018, 2019), both of which were with Deshaun Watson at quarterback.

In both years, Watson was a 3,000-yard passer and Hopkins was a 1,000-yard receiver. Houston even had a 1,000-yard rusher with Carlos Hyde (1,070, six scores) in 2019. His mouth has gotten him into hot water situations on occasions, but O’Brien is a strong offensive mind on the field.

If he comes in with a humble approach, the relationship between he, Saban and the players will work. He is inherit a roster littered with incredible talent, but he must put guys in places where they can consistently succeed.

O’Brien wants to prove he can be great again, and now Saban has given him an audition.