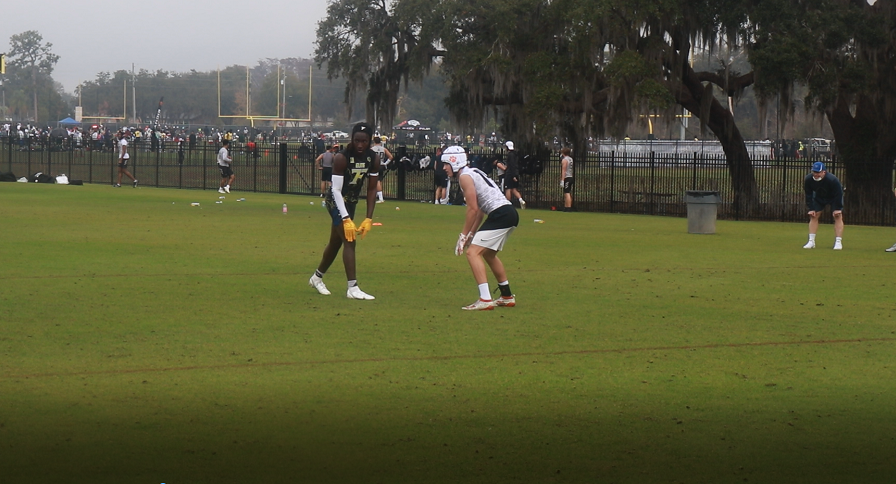 Multiple Alabama targets stood out at the Pylon 7V7 tournament in Orlando, Florida over the weekend.

Touchdown Alabama was in attendance to evaluate and get an in-person look at some of Alabama’s targets in the 2022 and 2023 recruiting classes.

Alabama target and 2022 five-star athlete, Sam McCall was one of the most impressive athletes throughout the tournament. He spent time on both sides of the football for team Florida Elite. Multiple programs, including Alabama, are recruiting him to possibly play wide receiver or defensive back. McCall showed great instincts as a defensive back and was able to close on the ball with great speed. Alabama expressed plans to play him at slot wide receiver recently, and he looked the part at this event. He has elite route-running skills and knows how to create separation. He also high-points the football and can catch in traffic.

RELATED: 5-Star athlete Sam McCall feels Alabama has a plan for him

Markeith Williams is another Alabama target who stood out. Williams is a four-star defensive back out of Evans High School in Orlando, Florida. He has a top three of Alabama, Florida, and Ohio State. His ability to track the football over the top was on full display. He came down with a couple of interceptions. At 6-foot-3, he moved smoothly around the secondary with great hip fluidity and looked good in man-to-man coverage. He told yours truly Alabama was impressed with his ability to be a ball hawk.

Alabama 4-Star DB target, Markeith Williams in coverage in the back of the end zone. @TDAlabamaMag

Williams has a top three of Alabama, Ohio State and Florida. pic.twitter.com/vBwG88z43F

Kaleb Brown, a 4-Star wide receiver out of Chicago, holds an Alabama football offer, but the Crimson Tide are not considered a huge player in his recruitment at the moment. They offered him as a running back, but he wants to play wide receiver. At 5-foot-10 and 175 pounds, he is built like a running back, but there is no denying his ability to create separation with his thick frame and quick feet as a wideout. He also has great hands.

Brown is a big-body wide receiver out of Chicago and is one of the top wide receivers In the 2022 class. He holds an Alabama offer. pic.twitter.com/oIPjne1nqZ

Makari Vickers was one of the two 2023 targets for Alabama who participated in the event. Sporting a pair of Alabama gloves, Vickers’ man-to-man coverage skills were impressive. The Tallahassee product was also able to show off some of his physicality by jamming wide receivers at the line of scrimmage despite contact limited under 7V7 rules.

Vickers is one of the top defensive backs in the 2023 class. He has the total package. A kid Tide fans need to know about.

*He is a teammate of Alabama 2021 4-Star DB target, Terrion Arnold. pic.twitter.com/Js5h4k1yAd

2023 defensive back, Adarius Redmond, out of Tennessee, was also in action. Redmond received an offer from Alabama in December. He could play wide receiver or defensive back at the next level, but Alabama likes him at wide receiver. The most impressive part of his game was his ability to win 50/50 balls.