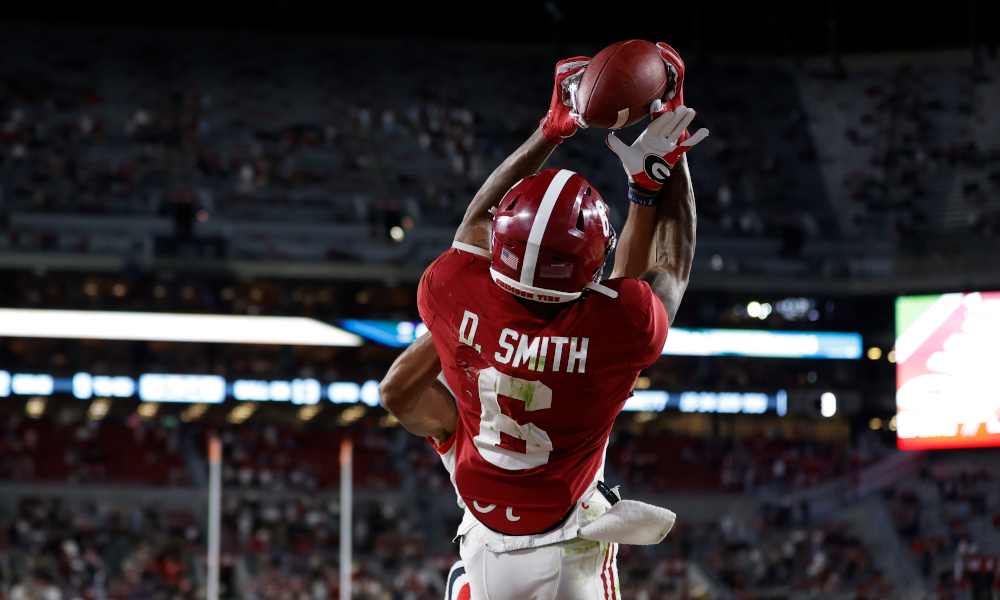 Fans of college football have been excited all day.

After years of not having a new installment of EA Sports College Football, ESPN reported on the venue returning to having everyone’s favorite video game. Daryl Holt, the vice president and general manager for Electronic Arts, told ESPN that the game maker has partnered with Collegiate Licensing Company (CLC) to make sure it has everything prepared.

No date or time has been provided on when the game will return, but people are happy about the news.

When it comes to Alabama fans, they already have the player for the cover: DeVonta Smith.

He captured the Heisman Trophy in 2020, becoming the first wide receiver in school history to win. He collected 117 receptions for 1,856 yards and 23 touchdowns. Smith also won the Fred Biletnikoff Award — presented to the nation’s top receiver — and earned Unanimous All-American honors among other awards.

One Tide fan posted a photo to Twitter of Smith gracing the cover, and others went wild on social media with imagination.

DeVonta Smith has to be on the cover of the new NCAA Football Game. #EASPORTS pic.twitter.com/SP0DsdlQYP

Just like in real life you can’t see Stingley in the shot https://t.co/b52BHaSbb8

No debate on who should be on the cover 🤷🏽‍♂️ https://t.co/zzrujjdcJx

It is going to be awesome to get back to playing College Football on EA Sports.