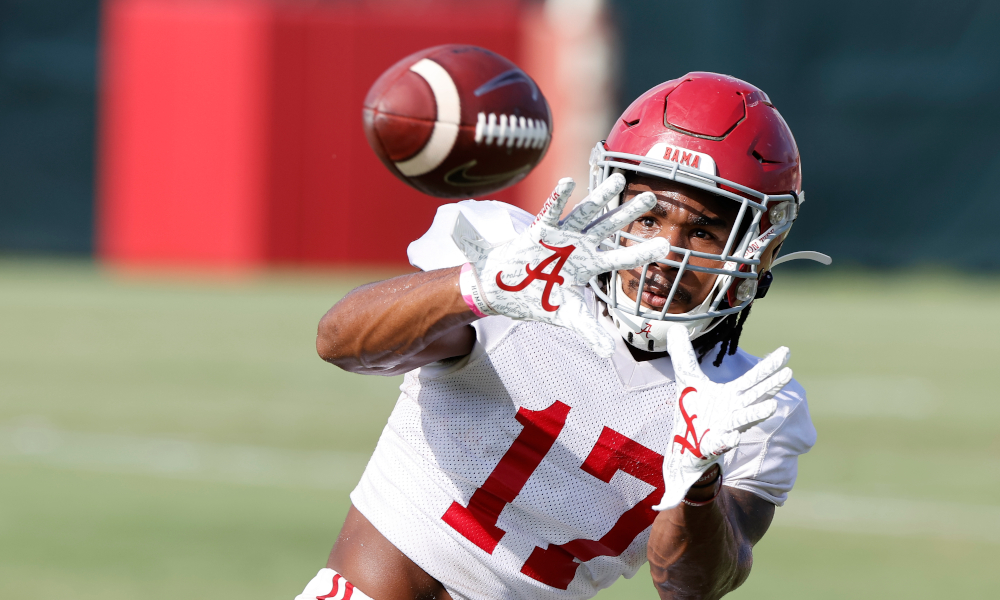 Last week, Alabama wide receiver DeVonta Smith made waves online when he shared his preference between his quarterbacks Tua Tagovailoa and Mac Jones.

Smith, who has great respect for both, ultimately chose Jones as his preferred quarterback during an interview with Monday Morning Quarterback’s senior NFL reporter, Albert Breer.

“One team asked Smith, point blank: Tua Tagovailoa or Jones? The question was barely finished before Smith answered: Mac Jones. He was bold and definitive about it, as I heard it,” Breer wrote.

On Wednesday it was fellow receiver Jaylen Waddle’s turn to answer the question from NFL Network’s Andrew Siciliano and he had a very similar response to the Heisman Trophy winner.

“I like Mac Jones,” Waddle said. “Both are great quarterbacks. I love Mac. He was a guy I came in with from Day 1. We were on the third team together and worked our way up.”

Both Waddle and Smith had tremendous amounts of success while Jones was their quarterback. Jones was able to help Smith become the first wide receiver to win the Heisman Trophy since 1991.

During 2020 while Jones was Waddle’s quarterback the speedy wide receiver was on pace for a huge season prior to his ankle injury. He caught 28 passes for 591 yards and four touchdowns in only six games of action during the Crimson Tide’s national championship season.