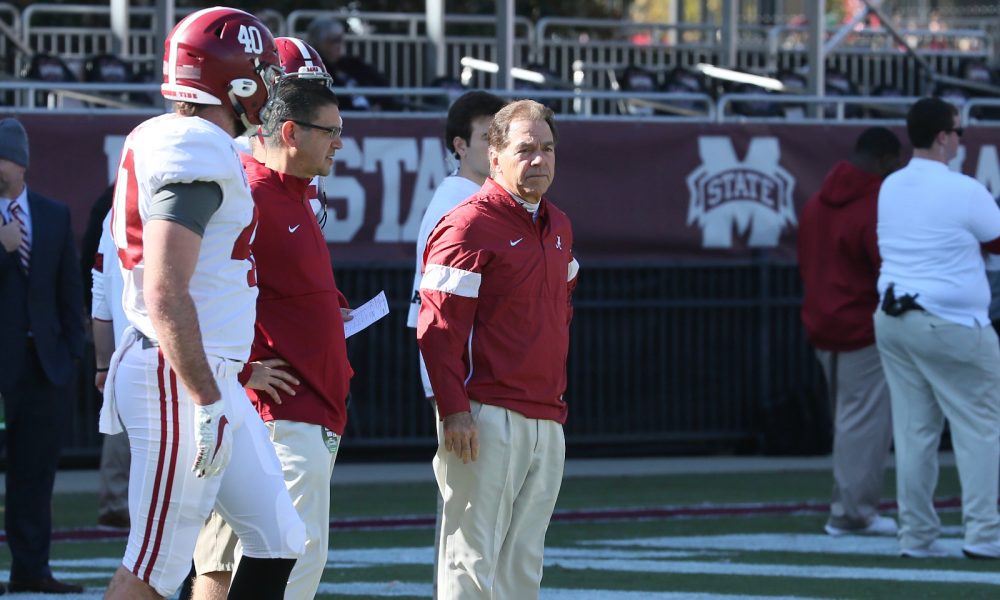 Nick Saban’s time with the Miami Dolphins isn’t a period that’s looked back upon fondly.

With multiple players, journalists and especially fans voicing their frustrations from the Saban era, there weren’t very many people who came away from the situation with very many positives.

But one person who enjoyed the structure brought in from Saban was former Dolphins running back Ricky Williams who talked about his experience with Fox Sports’ Shannon Sharpe.

Ricky Williams tells Shannon Sharpe (@ShannonSharpe) he loved playing for Coach Saban because he set the standard. (🎥 via @ClubShayShay) pic.twitter.com/MG3r9Ovkwr

“I loved playing for coach Saban,” Williams said. “I loved it because he was one of those coaches where you knew what the standard was and if you met the standard then you were good. If you didn’t he was gonna be on you.”

Williams also talked about Saban’s implementation of the “Tiger Board” which if a players name was on it, it would symbolize you were playing well.

The University of Texas product played one year under Saban in 2005 before he was suspended. During that one season, Williams rushed for 743 yards and six touchdowns in 12 games of action.

Despite the high standards set by Saban, Williams told Sharpe how much he enjoyed working towards those goals and that if the opportunity had presented itself then he would play for the now Alabama head coach once again.

“I love him and I would play for him any day,” Williams said. “Again because he set the standard and it was all about show up, get better, make plays.”