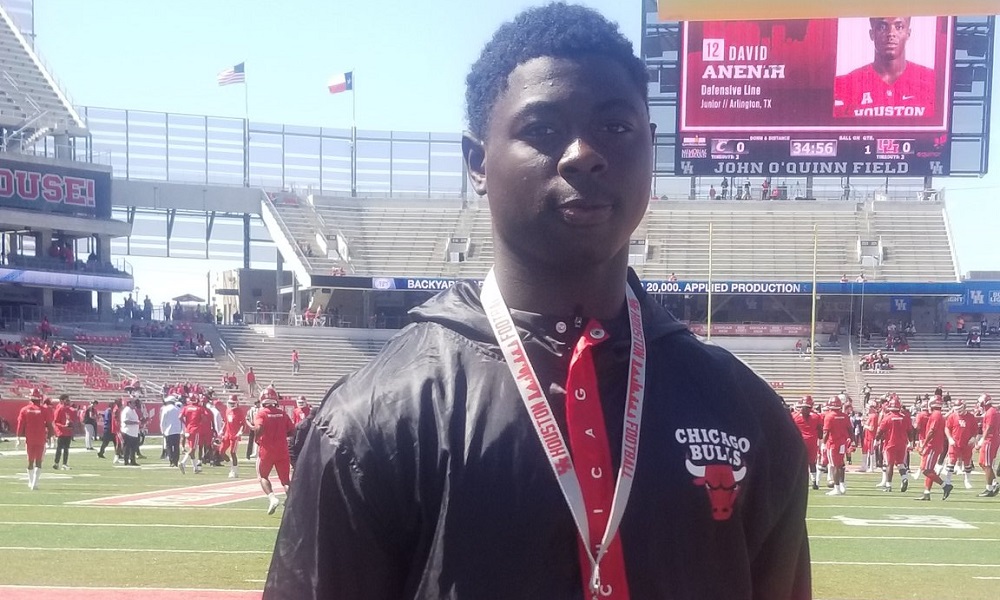 The Crimson Tide is the 18th D1 program to offer Hicks. Texas A&M and Tennessee are the only other SEC programs that have offered the Texas product. Hicks said he was surprised when he received an offer from Alabama.

“I know they are a winning school, and they know how to win,” Hicks said.

Alabama’s defensive line coach Freddie Roach was among the coaches who informed Hicks of his offer from the Tide. Hicks has seen his offer list steadily grow over the last three months. Since January, he has pulled in 10 D1 offers.

Hicks said has some familiarity with Nock Saban and Alabama’s player development process.

“I feel like Nick Saban has a great program,” Hicks said. “I know he knows how to win, and he wants you to either graduate in three years or go the league in three years.”

The Tide plans to recruit Hicks at defensive end and at defensive tackle. At 6-foot-4 and 250 pounds, he has the frame to play both at the next level. Morton Ranch lines him up at different positions across the defensive line.

The sophomore is one of the strongest players in the 2023 recruiting class, and he puts that on display when he was powering through offensive linemen to get to the football and when throwing shot put as a track & field athlete. Alabama’s staff said they liked Hicks’ violent hands, which is something he feels is a strength of his.

“I feel I am good at using my hands and getting off the football,” Hicks told Touchdown Alabama.

Hicks is looking for a program where his family can come see him play and where he can grow as a person and as a player. Alabama has put its name in the hat for Hicks’ services and several other programs are expected to join in on the push for this disruptive defensive talent. His recruitment may be one to watch closely in the future.