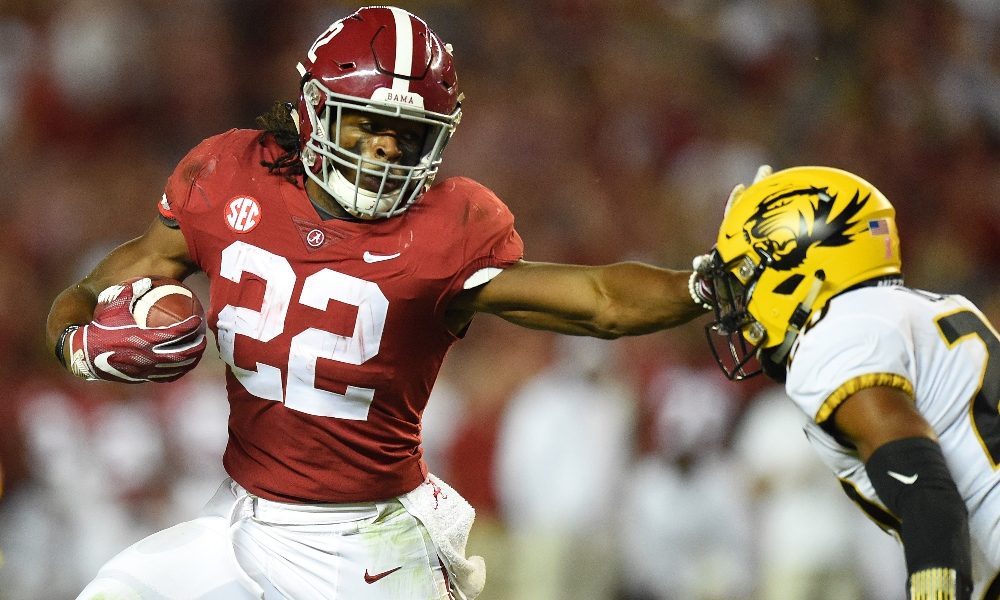 Najee Harris is expecting to put on a clinic at Alabama’s Pro Day.

Before he impresses NFL teams, the California native was in Texas putting the final touches on his footwork and quickness with Coach Joshua Hicks of 3 Hunnid Fitness. Hicks’ program specializes in getting running backs prepared for the National Football League, as he was a former star at Purdue University. On Friday, Hicks posted a video to Twitter of Harris eluding trash cans and shifting through drills. The 2020 Heisman finalist was able to stop on command, shuffle his feet, and make explosive jump cuts.

Last summer, Harris trained with Brad Lester and Derrick Blaylock. He achieved incredible results as the work made the former five-star a more complete player. Harris totaled four rushing touchdowns of 20+ yards and had 26 scores in all. He recorded 1,466 yards rushing on 251 carries, en route to winning the Doak Walker Award. The 6-foot-2, 230-pounder turned in six 100-yard rushing performances — including one 200-yard game (206) versus Ole Miss.

He was also special out the backfield as a receiver. Harris collected 43 receptions for 425 yards with four touchdowns.

He is arguably the best running back in this draft class, and fans are excited to see what he does next Tuesday.