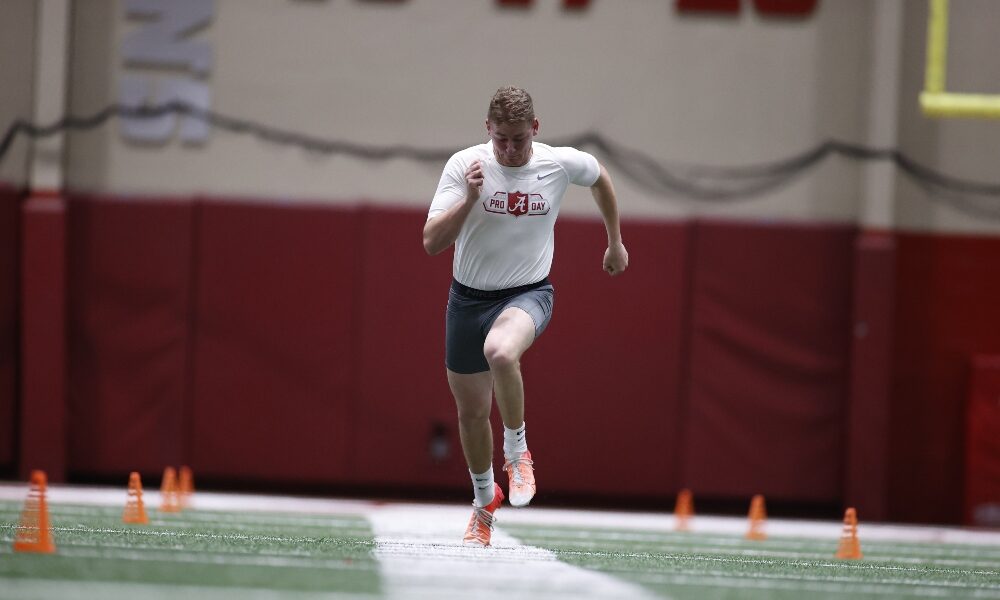 Every NFL team wants to select the top quarterback in the draft who can play at the highest level between the hashes.

Yet there are still ways for prospects to increase their chances of leapfrogging over the other competition at their positions. One way is having a great Pro Day or NFL Combine and posting impressive measurables and athletic intangibles during either of those events.

On Tuesday, Alabama held its first of two Pro Days for its draft-eligible players and Mac Jones had a strong day through the air as expected, but it was his measurables that caught the attention of others.

Despite the criticism of his physical ability, Jones actually stacks up well with a few of the past top quarterbacks selected in previous drafts.

Although Jones’ measurables exceed the previous top quarterbacks listed, the overall goal is to exceed them on the football field as well.

If Jones’ film at Alabama shows anything, it’s that he’s got a tremendous chance to play at the level and raise his game to the next level in the NFL.