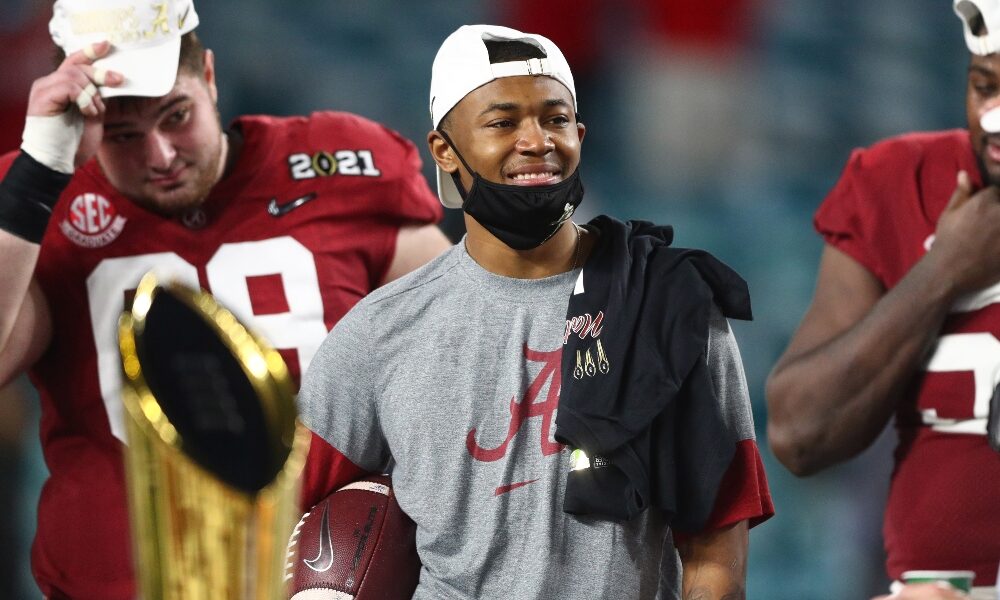 Alabama football is all in on the basketball program seeking an NCAA Tournament title.

After winning the first two rounds, the Crimson Tide now faces UCLA in the Sweet 16. It is the first time since 2004 that the Tide has advanced this far in the tournament. Before tonight’s matchup, DeVonta Smith did something special for Nate Oats and the men’s basketball team.

Smith projects as a high first-round pick for the upcoming NFL Draft; however, he was a superstar on the hardwood at Amite (La.) High School. If Oats ever needed Smith, the Unanimous All-American could give him a double-double performance.

Should the Tide handle UCLA, it will move on to the Elite Eight.

As for Smith, he is excited to hear his name called early on April 29 for the draft.