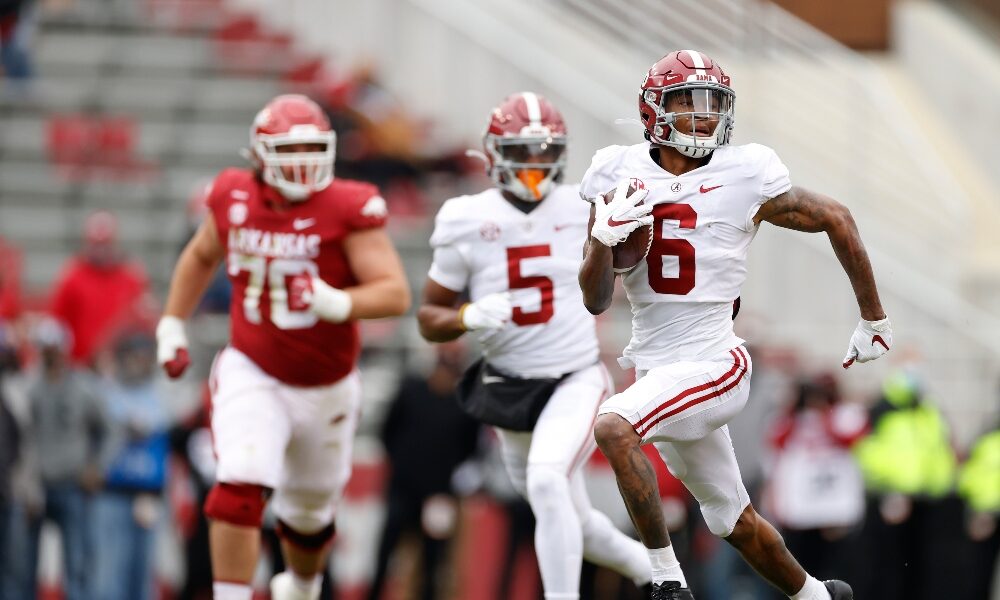 NFL teams who were looking to get one last look at DeVonta Smith and Jaylen Waddle will just need to turn on the tape. Both of Alabama’s star receivers are not expected to participate in the team’s second pro day Tuesday, according to NFL Network’s James Palmer.

The expectation is that Alabama star WRs Jaylen Waddle and DeVonta Smith won’t work out today. Mac Jones will be throwing for a second time today and didn’t have either for the first session. But he will have RB Najee Harris running routes for this session I’m told.

Neither Smith nor Waddle participated in the team’s first pro day one week ago and were still deciding whether they would hit the field or not.

Although getting a look at eaches 40-yard dash or vertical jump would have interested NFL teams, it was the passing shell portion of the day that will leave those a hair disappointed.

Quarterback Mac Jones shared during his media availability on Monday that he did prepare a play script if Smith and Waddle were to participate, but was not concerned either way.

The Crimson Tide’s pro day will begin at 11 a.m. CT and will be broadcast on the SEC Network as well as the NFL Network.