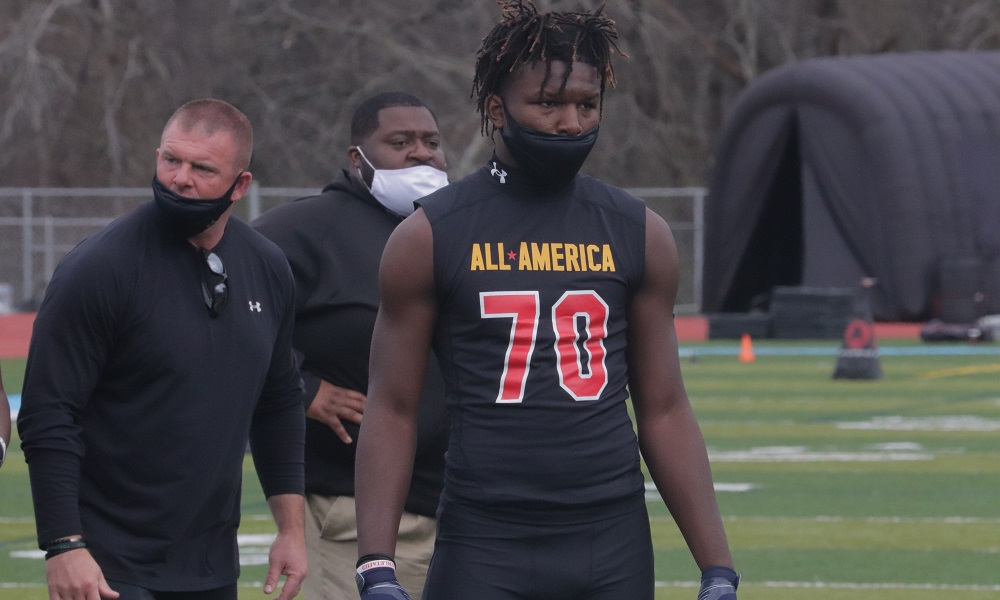 Leeds High School’s freshman defensive end, Kavion Henderson has an offer list that a senior prospect would be lucky to have.

Henderson currently has five D1 offers, including offers from Georgia and Tennessee. The Vols were the first program to offer the rising sophomore when they extended an offer to him in September. With multiple SEC offers in hand, Henderson said he knows what he has to continue to do.

“It means a lot to have these offers,” Henderson told Touchdown Alabama. “I know I have to stay humble and put god first. I am a big Christian, so I know I always have to put god first.”

Touchdown Alabama was able to see Henderson in action for the second time at the Under Armour Camp in Atlanta last month. The 2024 prospect stood out among a crowded upperclassmen field and received an invite to the 2024 Under-Armour All-American Game. Henderson made it difficult for offensive linemen to contain him during the one-on-one portion with his quickness and twitchiness.

The Leeds product said he felt the camp gave him opportunity to show off his talents and get more exposure.

“This experience was great,” Henderson said. “It was great exposure for me. It is going to help me in the future because it is better competition.”

During his freshman season, Henderson was disruptive as an edge rusher for Leeds. He played his freshman season at 6-foot-3 and 203 pounds. His ability to play in space and come off the edge with speed and toughness made him a thorn in the side of most of the offenses he faced.

“I think my pass rush ability, my get off and my long arms are my strength,” Henderson said.

The last in-state edge rusher to sign with Alabama was Quandarrius Robinson. Henderson does not hold an Alabama offer yet, but chances are very high that he will receive one in the future. Once the recruiting dead period is lifted, Henderson hopes he can get to Tuscaloosa.

“I like Alabama a lot,” Henderson said. “I would love to take a visit there.”