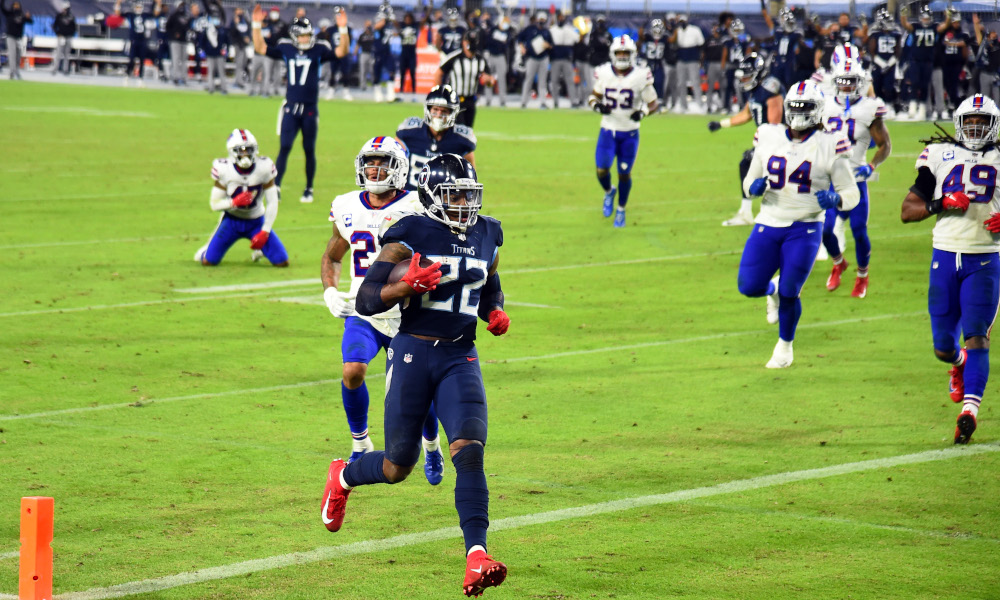 Tannehill uploaded a video to Twitter with the caption “Your move @KingHenry_2” while doing pushups with his arms on a resistance band.

Henry had previously posted a video of himself conducting the same workout but it was a bit more intense than his quarterback’s video.

Legend has it, just watching Derrick Henry's insane workout regimen will add muscles to whoever watches it.

This is how you win multiple rushing titles 😮

Both are coming off of career seasons with the Titans as the team was able to make the playoffs for a second straight season. Unfortunately, the year ended with defeat to the Baltimore Ravens, but both Henry and Tannehill are clearly working to get to the top of the NFL.