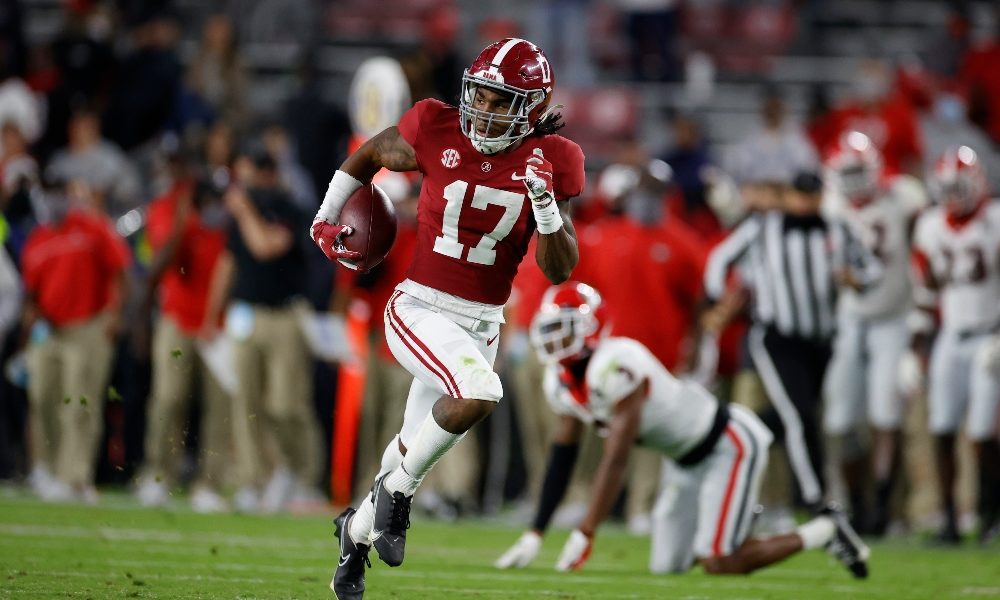 As the NFL Draft nears, prospects are seeking any edge to lure their future team into selecting them in the upcoming draft. Alabama wide receiver, Jaylen Waddle has heard his name thrown around the top and middle portions of the first round with many potential suitors needing an explosive playmaker who can take the top off the defense in the blink of an eye.

Recently, NFL analyst, Chris Simms mentioned Waddle was his fourth best wide receiver in the draft partly due to size, but also not having top-end, straight line speed like others ahead of him. According to Simms, “Acceleration, twitchiness, quickness — off the charts good. But speed, pure, straight-line speed is not as good as the top 3 (Ja’Marr Chase, DeVonta Smith, Dyami Brown).”

Waddle chose not to perform any drills during Alabama’s pro day, so his 40-yard dash time was not recorded. A video surfaced in 2019 of Waddle racing former Tide receiver, Henry Ruggs in a 40-yard dash where Waddle merely lost by a nose. Ruggs went on to run a 4.27 40 at the 2020 NFL Combine, and many believed Waddle would come close to this number as well. 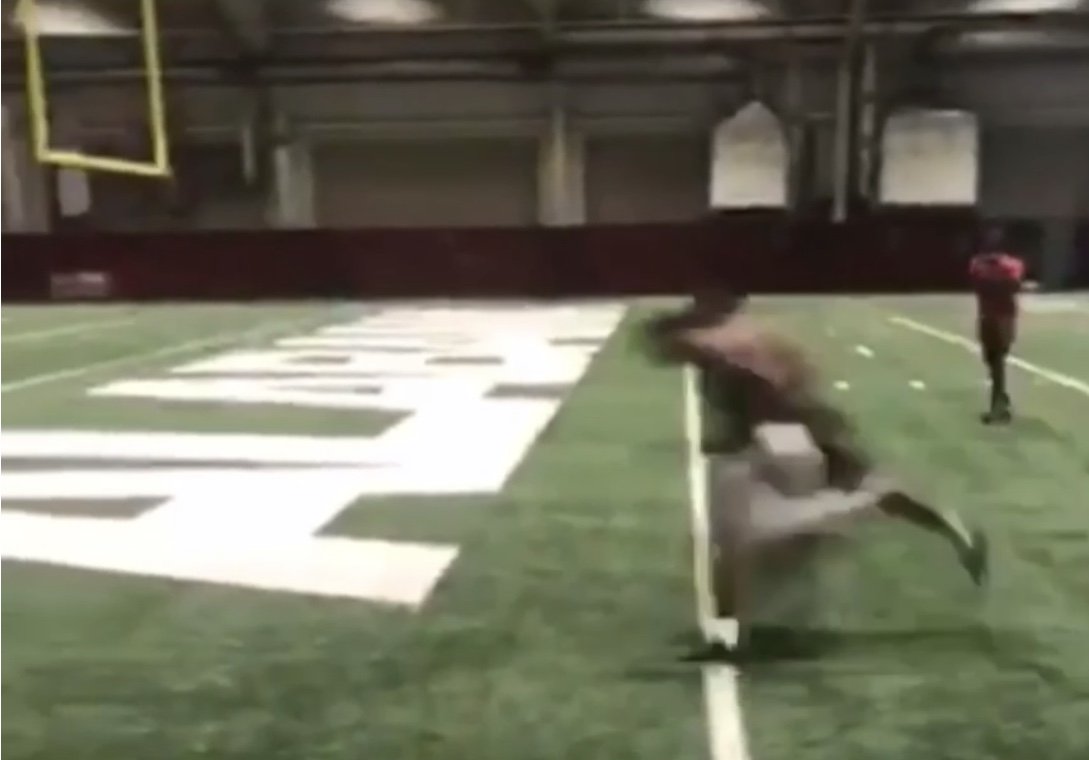 Henry Ruggs and Jaylen Waddle were recorded racing a 40-yard dash in which Ruggs edged Waddle out by a nose.

With no publicly documented time, RA Analytics, a sports tech and data company powered by computer vision, using advanced player tracking technology — tracked Waddle’s speed during a touchdown catch against the Georgia Bulldogs last fall. Waddle was clocked at a speed of 21.9 MPH.

For context, Auburn wide receiver, Anthony Schwartz, a noted elite track sprinter in high school, was clocked in 2019 at 21.79 MPH during a 76-yard touchdown catch against the Tennessee Volunteers. During his pro day, Schwartz posted a 4.26 (hand-timed) 40-yard dash.

Waddle himself says his typical time is “normally” around high 4.2 and low 4.3s in the 40-yard dash.

See below Waddle’s catch and run and the max speed he was clocked at during this touchdown.

An NFL team is getting next-level speed from Jaylen Waddle. @RAanalytics, using AI-powered player tracking technology clocked Waddle at a blistering 21.9 MPH on this touchdown catch against Georgia. 💨 pic.twitter.com/yfNxKC6VnK