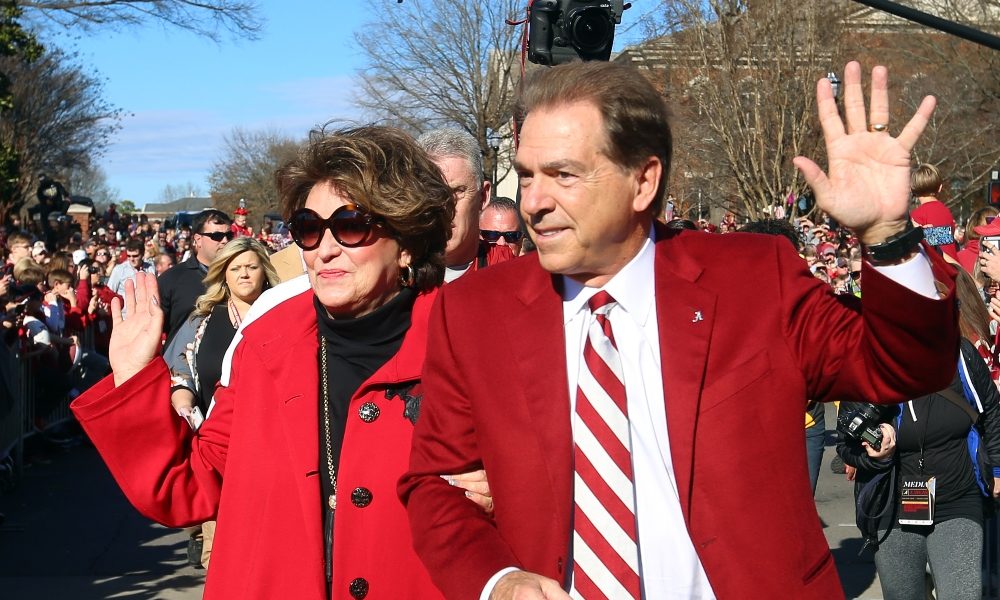 It may appear as if everything comes easily to Alabama head coach Nick Saban and that at the end of the day he always finds a way to win. But not every Saban performance was as consistent as his football teams, in fact, there was one area of his life in which he suffered multiple consecutive losses.

Or in this case… rejections.

A video of Saban highlighting a story behind his dating life with now-wife Miss Terry has gone viral online once again.

The seven-time national champion shared the story during a speech he gave at an event run by the American Football Coaches Association.

The story he shared included multiple failings of getting Miss Terry to notice him or date him and a more than decade-long rivalry with a man named Mickey Schaffer.

Check out the full story below.