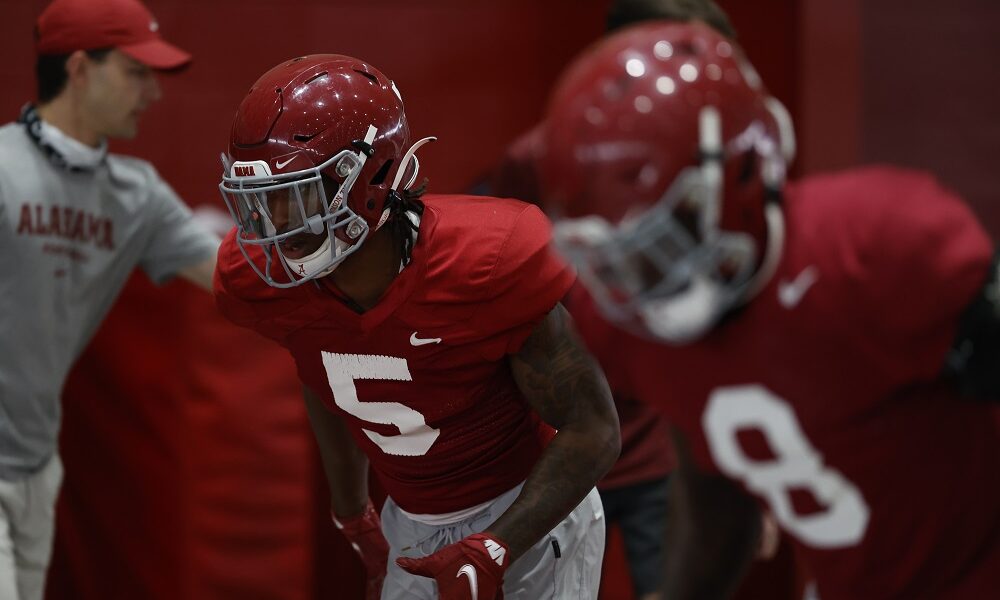 One of the areas Alabama has been searching to round out this spring is its defensive backs unit. With three starters returning from a year ago, head coach Nick Saban has been using the spring season to try and zero in on who could potentially be the player to slide in and start this upcoming fall.

To no one’s surprise, Alabama has a ton of talent at the cornerback position which means numerous players are in the hunt for the free spot.

But one veteran in Jayln Armour-Davis has impressed so far this spring as he has been one of the players operating with the first group for a good deal of the spring.

One reason why Armour-Davis is getting a look as a starter is his great technique and feet which has earned him a new nickname from his teammates on defense.

“He’s got great feet, great hips,” safety Jordan Battle said on Tuesday during a player’s Zoom call. “We call him ‘Kick-Slide King.’ He has great feet. I see a great future in Jalyn Armour-Davis.”

Battle went into a bit more depth on the unique nickname given to Armour-Davis.

Armour-Davis has not had a ton of opportunity to make an impact on the field since arriving at Alabama. He’s had to wait his turn behind talented corners such as Patrick Surtain, Trevon Diggs and Josh Jobe amongst others.

This Saturday’s spring game will be a fantastic opportunity to finally show the coaching staff and fans what he can do with his expanded role.